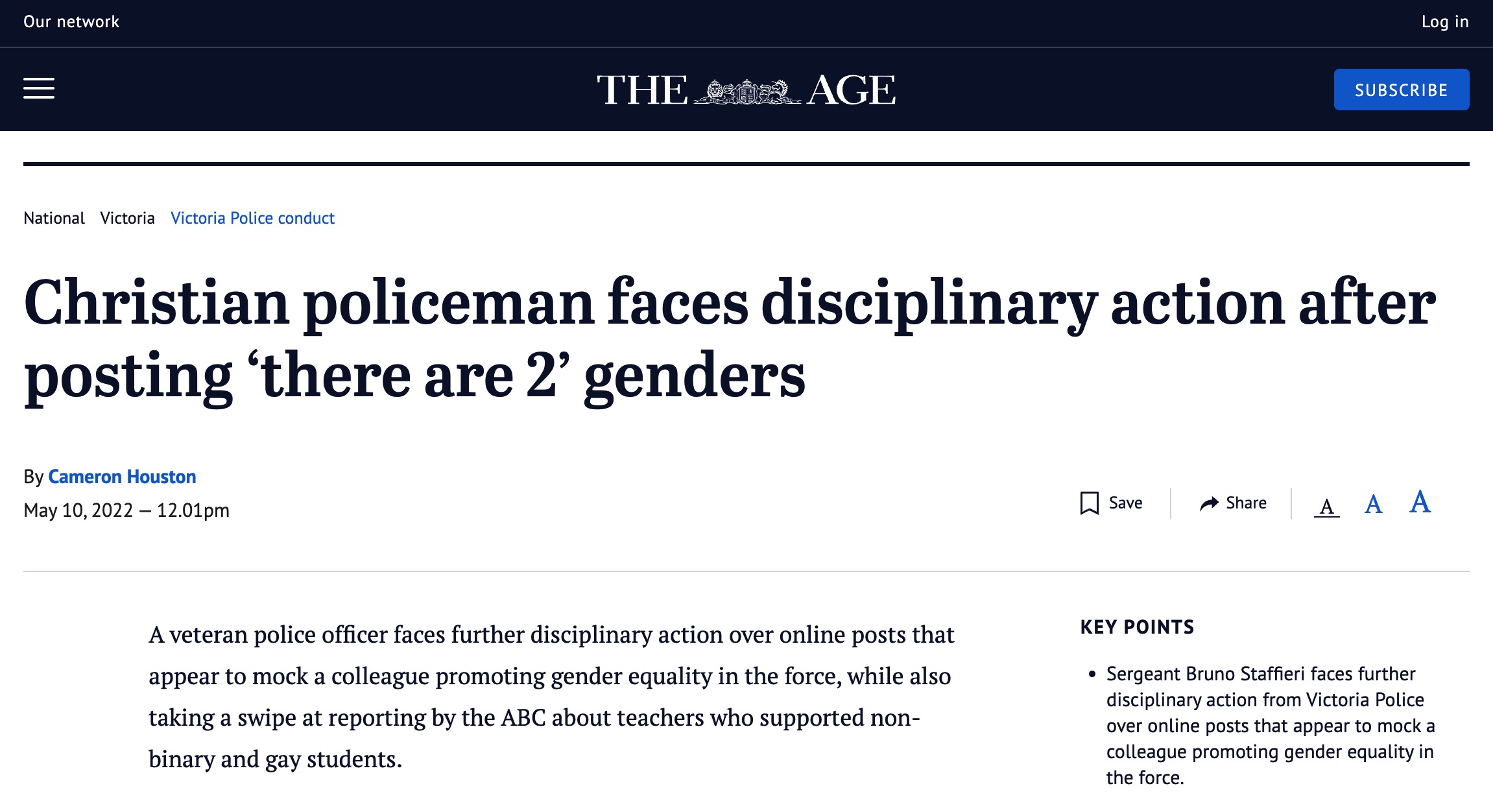 A veteran police officer faces further disciplinary action over online posts that appear to mock a colleague promoting gender equality in the force, while also taking a swipe at reporting by the ABC about teachers who supported non-binary and gay students.

Sergeant Bruno Staffieri is already in hot water over his alleged criticism of Victoria Police’s campaign to promote workplace equality for LGBTQI members, but is now the subject of a fresh investigation by the force’s internal watchdog.

Staffieri, who regularly expresses his Christian faith online, has become a polarising figure in the force while also receiving support from several internet forums over his opposition to police support of LGBTQI causes.

The police investigation of Staffieri’s alleged misconduct shapes as a test case for freedom of speech and the force’s recently revised social-media policy, particularly for officers expressing religious or political opinions online.  Source: The Age

1 thought on “Australia: Police Officer Investigated for Claiming There are Only Two Genders”