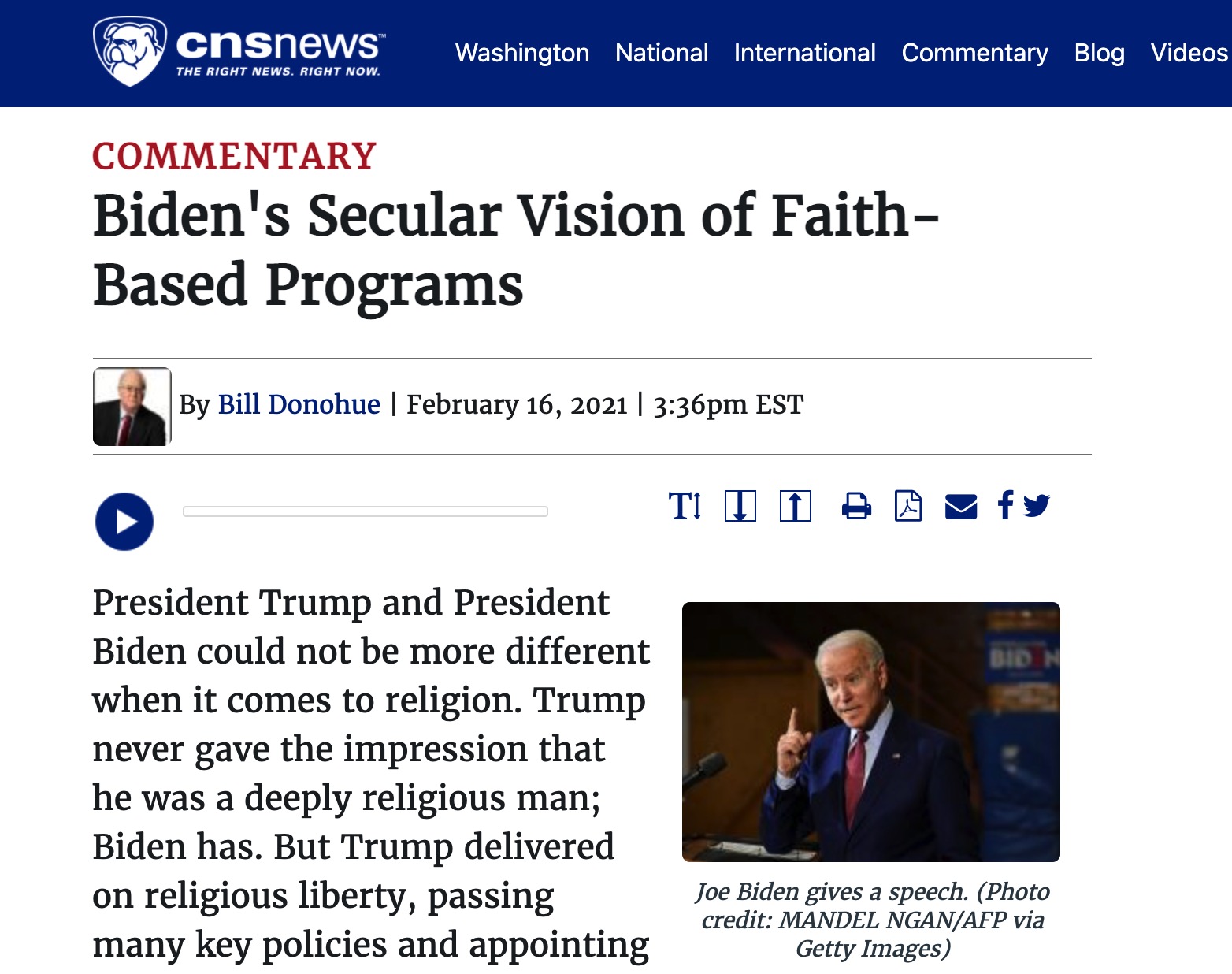 President Trump and President Biden could not be more different when it comes to religion. Trump never gave the impression that he was a deeply religious man; Biden has. But Trump delivered on religious liberty, passing many key policies and appointing religion-friendly judges. Biden, on the other hand, is content to check his religion at the church door.

Biden’s decision to appoint Melissa Rogers to head the White House Office of Faith-Based and Neighborhood Partnerships is telling. She will also serve as senior director for faith and public policy in the White House Domestic Policy Council. He could not have chosen a more seasoned secularist to steer these faith-based entities.

When Rogers worked in the Obama White House, her idea of reaching out to faith communities was to invite the Secular Coalition of America to the White House. She welcomed the professional atheists in the name of religious pluralism. As I previously said, this was “akin to welcoming racists in the name of racial harmony.” — Read More (Source)

So you may ask yourself … who is the “Secular Coalition of America”?  Just read who they are … and who are their coalition partners!

We posted a column in December … the Secular Democrats of America and their agenda.

As Yeshua (Jesus) told us … “Blessed are you when others revile you and persecute you and utter all kinds of evil against you falsely on my account. Rejoice and be glad, for your reward is great in heaven, for so they persecuted the prophets who were before you.”