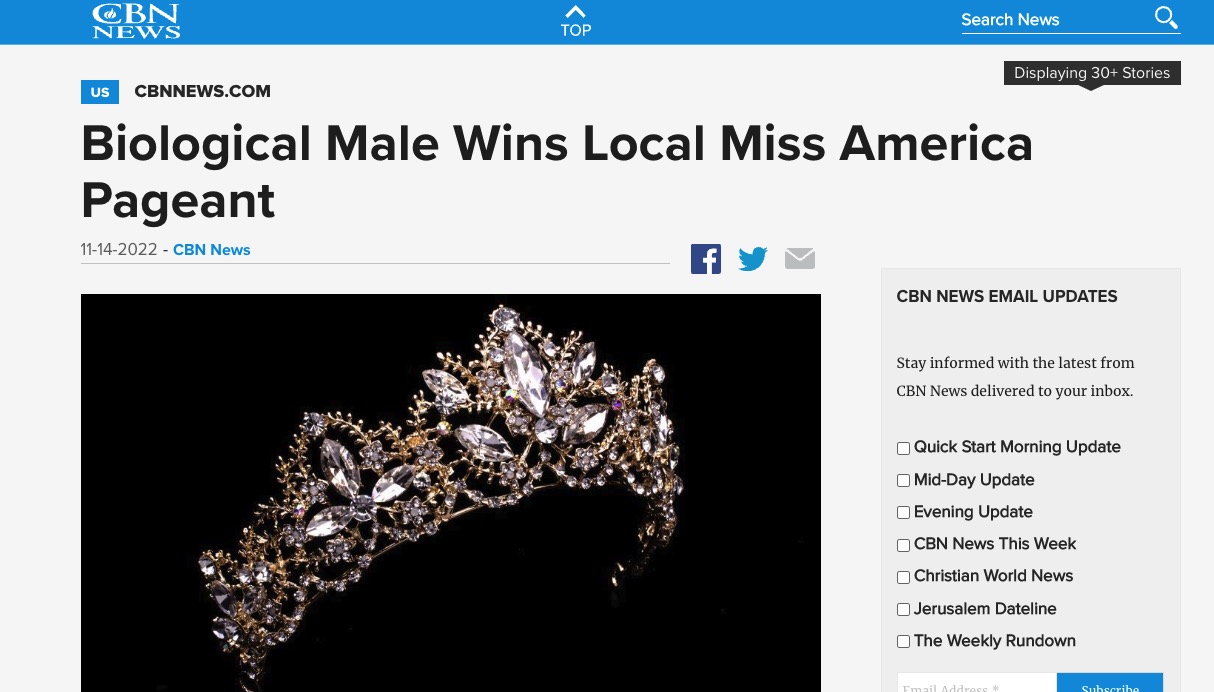 For the first time in the history of the Miss America organization, a transgender teenager in New Hampshire won a local pageant qualifying him to compete in the state pageant and ultimately for the Miss America national crown.

Last week, Brían Nguyen, a 19-year-old biological man, won the Miss Greater Derry 2023 pageant that comes with a crown, the title, and a scholarship, WPDE-TV reported.

According to the outlet, the Miss Greater Derry Scholarship Program, founded in 1986, provides “scholarships to young women between the ages of 17 and 24 living in the Greater Derry area recognizing their outstanding achievements in scholastic aptitude, talent, character, community service, and poise.” The station took the information directly from the Greater Miss Derry website which has since been removed. Source: CBN News