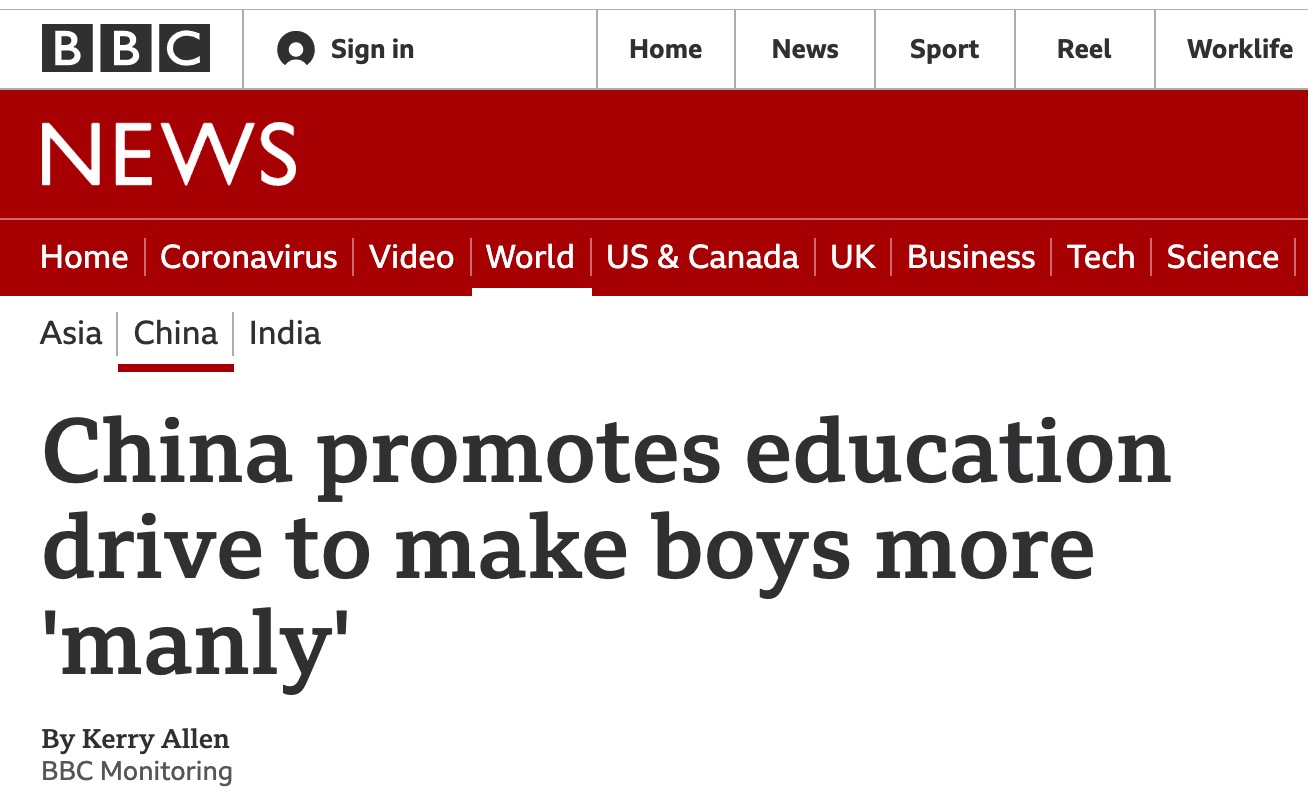 A notice from China’s education ministry has caused a stir after it suggested young Chinese men had become too “feminine”. The message has been criticised as sexist by many online users – but some say China’s male celebrities are partly to blame.

For a while China’s government has signalled concern that the country’s most popular male role models are no longer strong, athletic figures like “army heroes”. Even President Xi Jinping, a well-known football enthusiast, has long been seeking to cultivate better sports stars.

So last week, the education ministry issued a notice with a title that left no doubt about its ultimate goal.  — Source: BBC

I wonder what people think about this? I remember the ridicule of the media at “Promise Keepers” events!