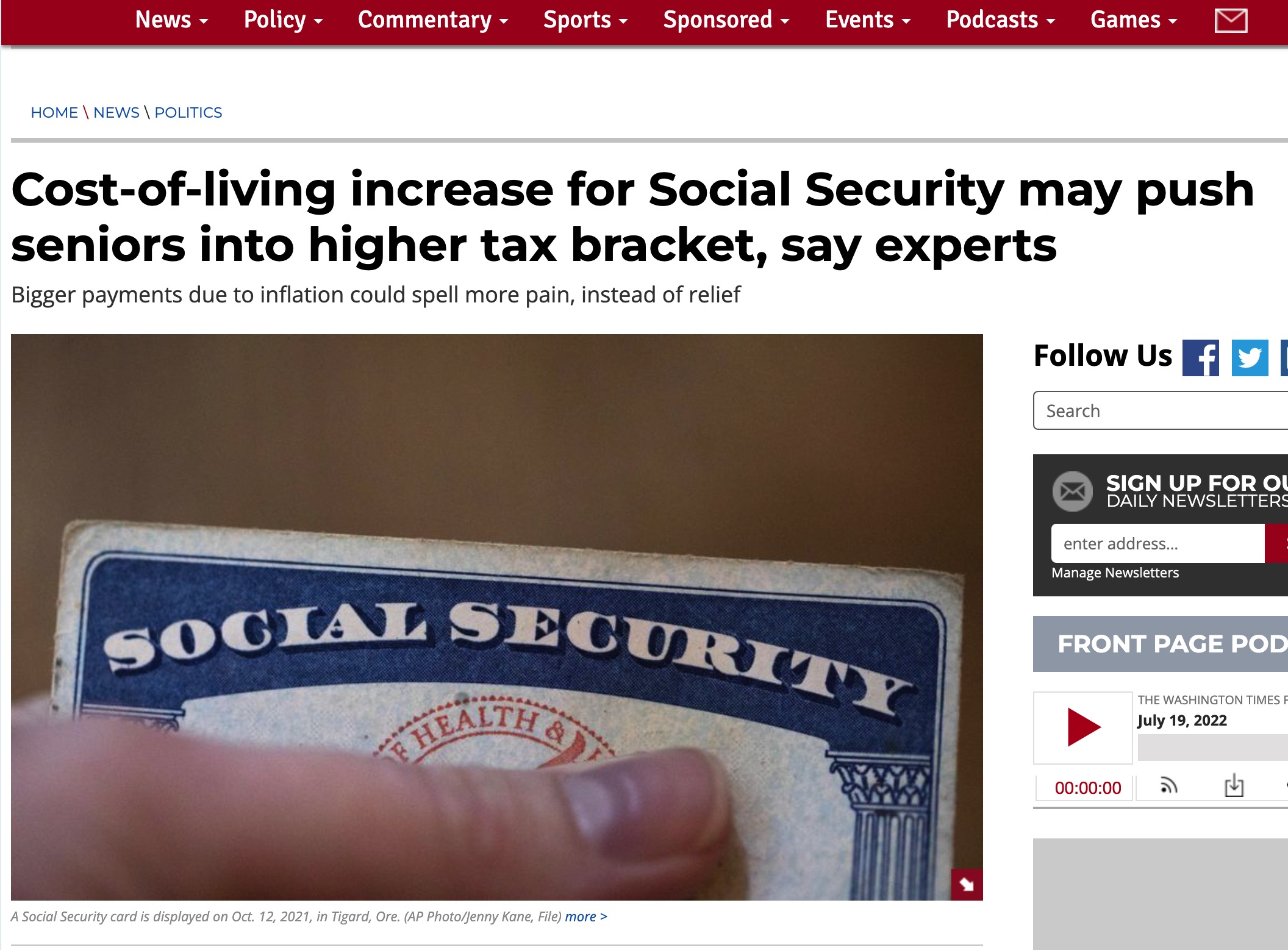 Retirees on fixed incomes and Social Security could get a double whammy from inflation because benefits, which rise with the cost of living, might push them into a higher tax bracket.

The Senior Citizens League, a nonpartisan group that researches issues important to older Americans, estimated seniors could see a 10.5% increase in their monthly checks next year as part of a cost-of-living adjustment, or COLA, due to red-hot inflation, according to a Fox Business report.

That sounds pretty nice but the amount of Social Security benefits exempted from tax hasn’t changed since 1984, so retirees owe tax on benefits if their income and payments total more than $25,000 for a single person or $32,000 for a married couple. Source: Washington Times