What happened this week in the stock market was unprecedented … as a group of people took on the giants of Wall Street!  And they didn’t just take on the Goliaths … they kicked them where it hurt!  Billionaires were on network business shows crying!

The latest reports are that hedge funds have lost nearly $20 billion dollars. Let this sink in …. $20,000,000,000 … this week and they haven’t unspun their position!  GameStop as of today still has more shares shorted (120%) than shares available.  Meaning unless GameStop decides to just “issue” shares, the losses by the hedge funds have not yet materialized!

And while the traders on r/wallstreetbets—the Reddit forum that kicked off the unlikely rally for GameStop stock—may be racking up profits, the damage is accumulating for short sellers, the investors and hedge funds who bet against or “short” the stock. By Friday, short sellers had lost $19.75 billion on GameStop so far this month alone, according to S3 Partners, a New York-based firm that tracks short positions on U.S. stocks. —Source: Fortune

But what I found particularly interesting is the timing between dates. The Wall Street crash of 1929 took place on October 25, 1929, which was otherwise known as Black Friday — the day after the largest sell-off of shares in U.S. history.

This Wednesday, we covered the story of GameStop. Notice the dates … 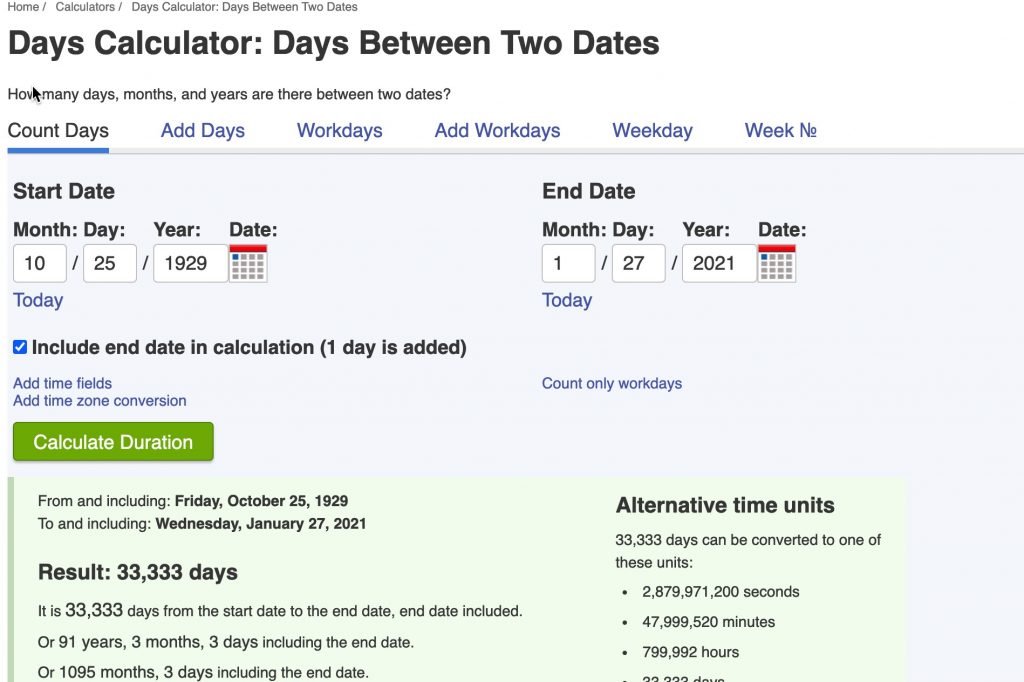 Wouldn’t it be IRONIC if the collapse of Wall Street took place because of a company named — GAME STOP!