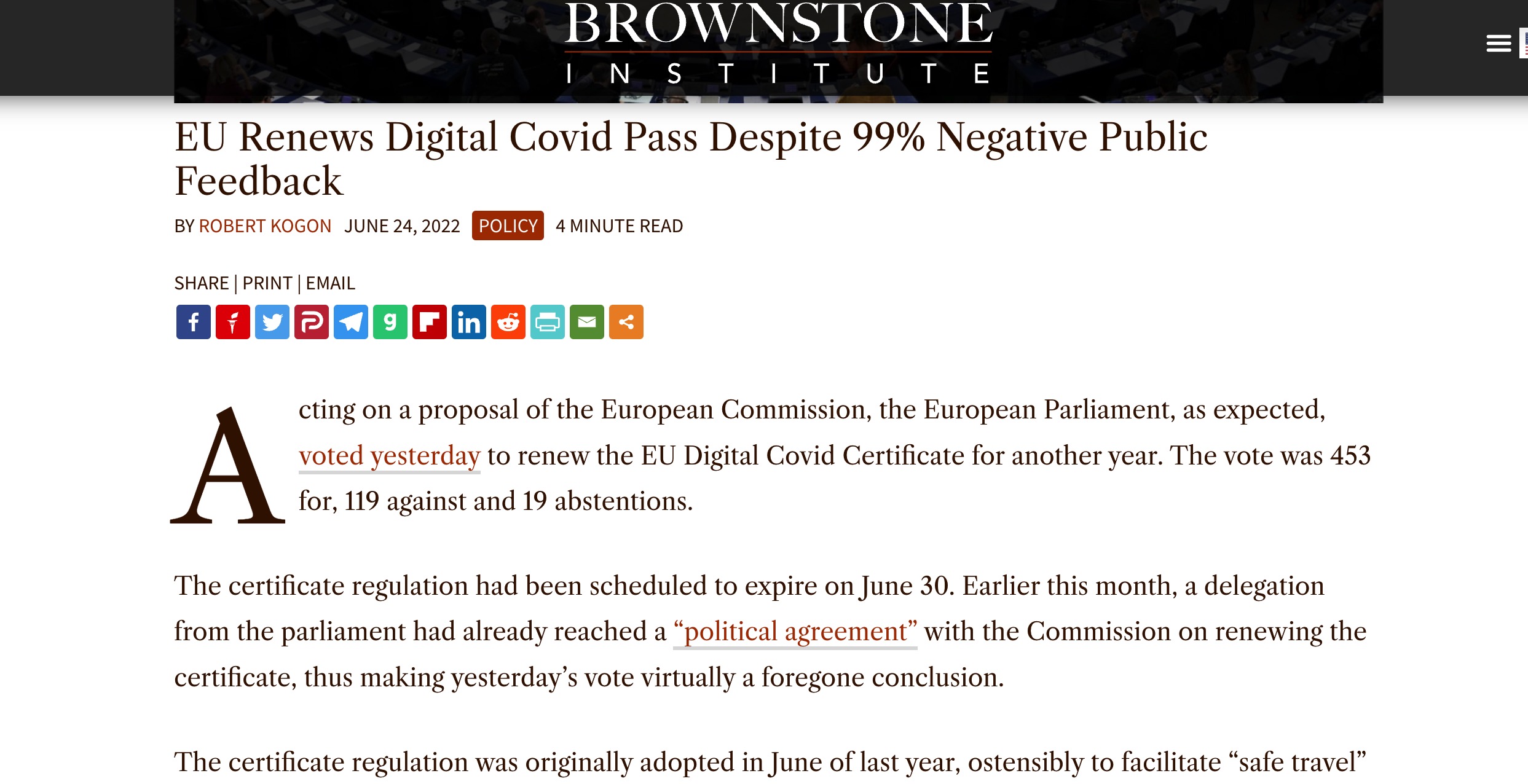 Acting on a proposal of the European Commission, the European Parliament, as expected, voted yesterday to renew the EU Digital Covid Certificate for another year. The vote was 453 for, 119 against and 19 abstentions.

The certificate regulation had been scheduled to expire on June 30. Earlier this month, a delegation from the parliament had already reached a “political agreement” with the Commission on renewing the certificate, thus making yesterday’s vote virtually a foregone conclusion.

The certificate regulation was originally adopted in June of last year, ostensibly to facilitate “safe travel” between EU member states. But the EU digital certificate quickly evolved into the model and sometimes infrastructure for the domestic “health” or Covid passes that would serve to restrict access to many other areas of social life over the following year. Source: Brownstone Institute