Wall Street hedge funds worth billions were literally taken to the streets today by Reddit users!

For those who do not know, hedge funds were shorting 140% of Game Stop shares.  It’s called a “naked short” when there MORE shares shorted than are actually available for trade.  Those on Reddit, many of them — gamers — didn’t like the fact that their franchise store was being under assault!  Many of them banned together and bought shares … and kept buying shares!

If someone is caught in a “short-squeeze” and cannot find the shares to cover their short — the losses are limitless!  Overnight, billion-dollar hedge funds were broke!

Elon Musk whose Tesla Company was once under assault by the same hedge funds that shorted Tesla sparked enthusiasm amongst the Reddit army — and they just kept buying!

The irony is that these Reddit investors used a platform called Robinhood.  So this band of ‘small-time’ stock investors completely have Wall Street in an uproar.

There were lots of stories on Reddit of users who used the money for a good cause. 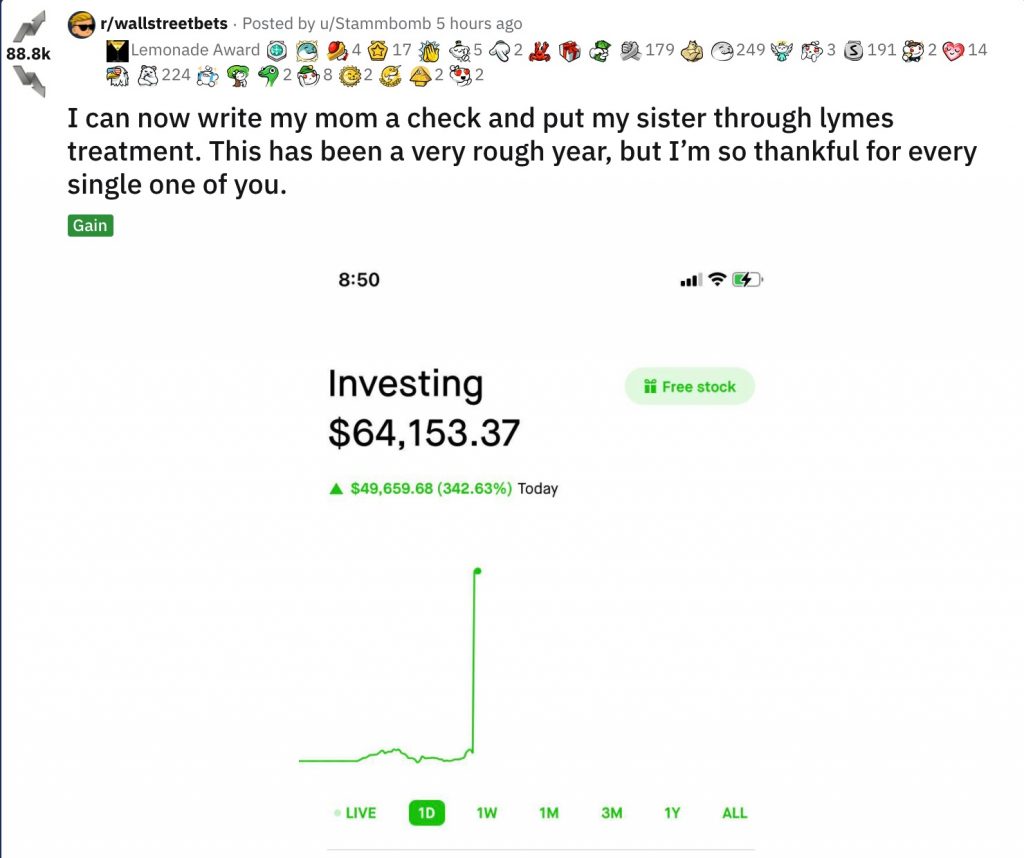