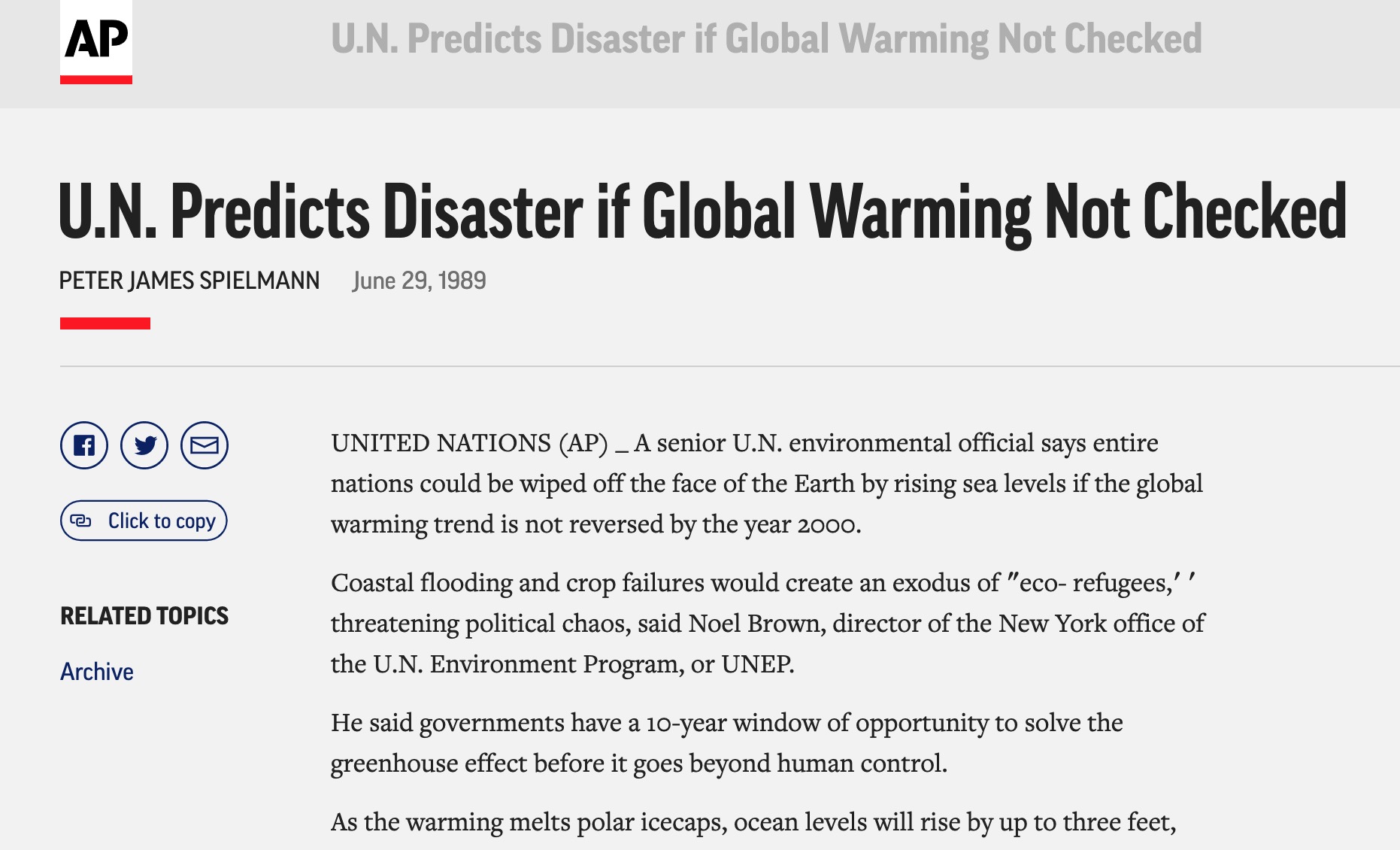 In 1989, over 30 years ago, they predicted dire and catastrophic damage due to Global warming …

A senior U.N. environmental official says entire nations could be wiped off the face of the Earth by rising sea levels if the global warming trend is not reversed by the year 2000.

He said governments have a 10-year window of opportunity to solve the greenhouse effect before it goes beyond human control.

… and it threatens the world …

Coastal regions will be inundated; one-sixth of Bangladesh could be flooded, displacing a fourth of its 90 million people. A fifth of Egypt’s arable land in the Nile Delta would be flooded, cutting off its food supply, according to a joint UNEP and U.S. Environmental Protection Agency study.

If the article is taken down, this is a PDF version of U.N. Predicts Disaster if Global Warming Not Checked!

1 thought on “Global Warming Threatens the World … read the 1989 predictions!”