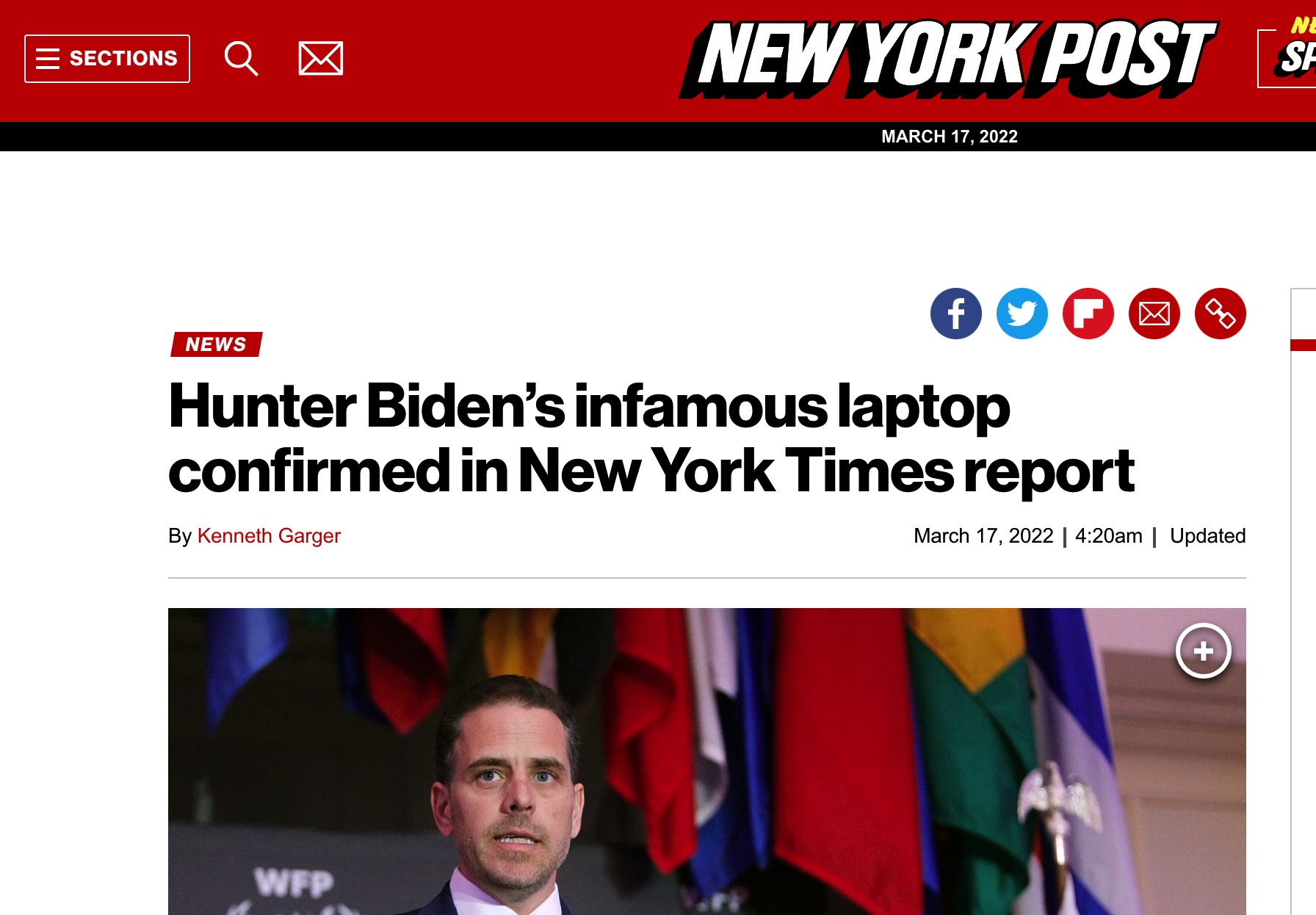 Today the New York Times published a story about the federal tax and foreign-influence investigation of President Joe Biden’s son Hunter. The paper reported that Hunter Biden paid off a “significant tax liability,” thought to be more than $1 million, in hopes of fending off indictment. But the investigation, run by the U.S. attorney in Delaware, is about more than just taxes, the New York Times reported — it also focuses on possible violations of “foreign lobbying and money laundering rules” in Hunter Biden’s lucrative dealings in Ukraine, China, and elsewhere.

Deep in the story, the 24th paragraph, to be exact, the paper reported that prosecutors have “examined emails between Mr. Biden, [business partner Devon] Archer, and others about [Ukrainian energy firm] Burisma and other foreign business activity.” The New York Times has seen the emails in question. It obtained them “from a cache of files that appears to have come from a laptop abandoned by Mr. Biden in a Delaware repair shop.” Those emails, the New York Times continued, “were authenticated by people familiar with them and with the investigation.”

The New York Times article comes as something of a bitter joke for the New York Post, which on Oct. 14, 2020, published a story headlined, “Smoking-gun email reveals how Hunter Biden introduced Ukrainian businessman to VP dad.” The New York Post reported that the email was “contained in a massive trove of data recovered from a laptop computer” that had been brought to a Delaware repair shop in April 2019. Source: Washington Examiner