Something is really wrong at FOX news.

In the past month, we had Newt Gingrich be silenced on George Soros. Then Fox News hired a Democrat to run their election desk who BRUTALLY miscalled elections all that night. Remember they called at least 5 seats going to blue … but the EXACT opposite took place.

Danny O’Brien their VP of Fox News … what’s his resume?

Mr. O’Brien served as a long-time senior advisor in the United States Senate where he was chief of staff to Senators Torricelli, Biden, and Menendez.

Over the weekend, Murdock’s wife was openly praising how they defeated Trump! Tweeted … “We did it!”

And today they FIRED JUDGE JEANINE!

What do you think is going on at Fox? 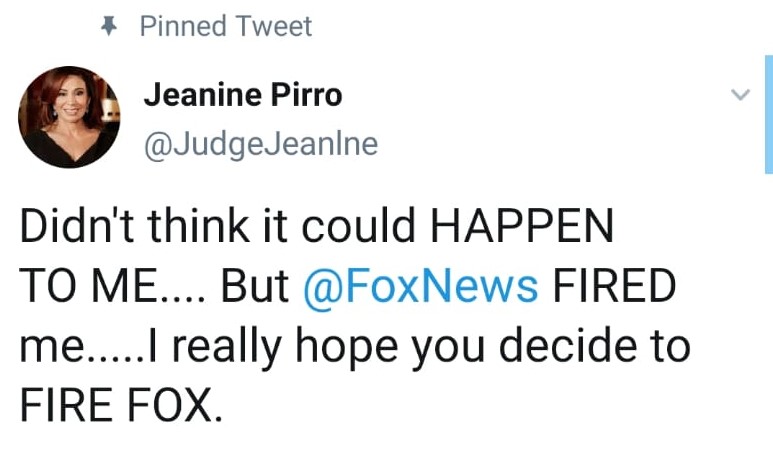 3 thoughts on “Is something wrong at Fox News?”