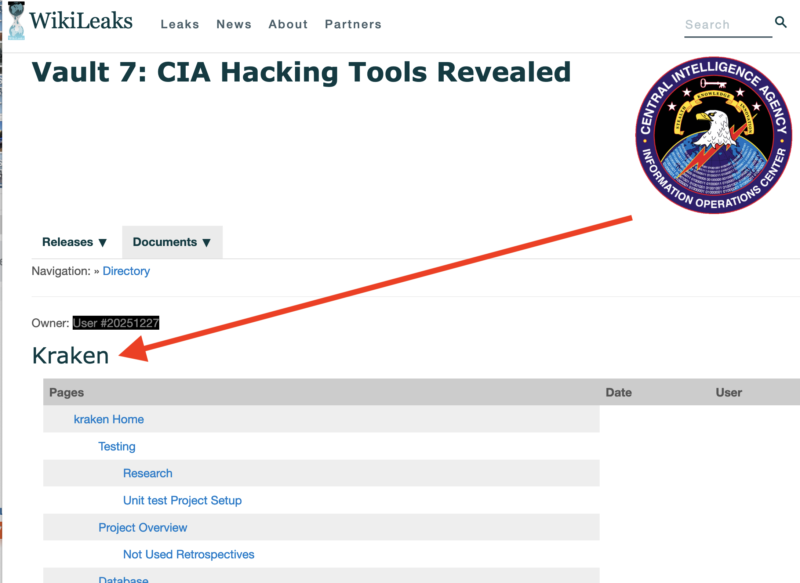 In 2017, a WikiLeaks dump [Source] , a CIA Hacking Program: “KRAKEN” was exposed. It is a DoD cyberwarfare program that tracks & hacks other systems to acquire evidence of nefarious actions of other nations & enemies.

We know according to WikiLeak dumps that the CIA had a cyber warfare operation in Frankfurt, Germany.

Powell is Gen. Flynn’s lawyer, and what we are seeing are glimpses of a war taking place between ‘patriots’ and the ‘deep state’.

Flynn is the former Defense of Intelligence Agency director before being removed in the midst of the Obama Administration. He was also the assistant director of national intelligence. So he KNOWS EVERYTHING … and it appears that they are trying to muzzle him through the courts as Judge Sullivan is behaving in a way that should shock every lawyer in the country. The prosecution DROPPED the case … the judge isn’t allowing it and has in fact become the prosecutor in effect!

The question is, why would Syndey Powell put her reputation on the line? She knows more than she ever would have believed before she took on Gen. Flynn as a client! I suspect, through attorney-client privilege, she is operating as an agent of Flynn exposing the corruption of the Deep State through the courts.

But something strange happened Sunday?

The Trump campaign distanced itself from Sydney Powell?

What happened? I suspect, the BAD guys have the servers.

One of the avenues of the Trump campaign bid to overturn the election may have been thwarted by the ‘deep state’.

How is Sydney Powell going to access the servers if she no longer has government access? She is now acting as a lawyer for ‘We the People’ and now is pursuing the hard evidence that they’ve had … but it appears they may not have as much digital evidence they wanted as they ‘probably’ lost the servers in this civil war happening behind the scenes.

IF this is the case … THEN it makes more sense why Trump allowed the beginning of the ‘transition’ to take place. A battle may have been lost, but not yet over.

However, the potential for war in the Middle East was raised to another level. Heavy bombers were flown to the Middle East. Secretary of State Mike Pompeo along with Israeli PM Netanyahu met with the Saudis yesterday.

Israel may feel the need to attack Iran if they believe they will not be supported by a Biden Admin. in the future … and we may see an action taken by Israel and the U.S. The secret meetings today with Netanyahu, Pompeo, and the Saudis … may not have ONLY been about normalization! But a coordination effort toward Iran. In order for Israel to attack Iran … they need to fly over Saudi airspace!

MEANWHILE, this could be a deception of the appearance of weakness by the Trump administration.

While trying to read between the lines … we only are seeing glimpses of a war that has been waging since Trump became President.

No matter who wins the war in the natural world, our job never changed … to prepare people for a kingdom to come.

3 thoughts on “Is the Kraken being released?”