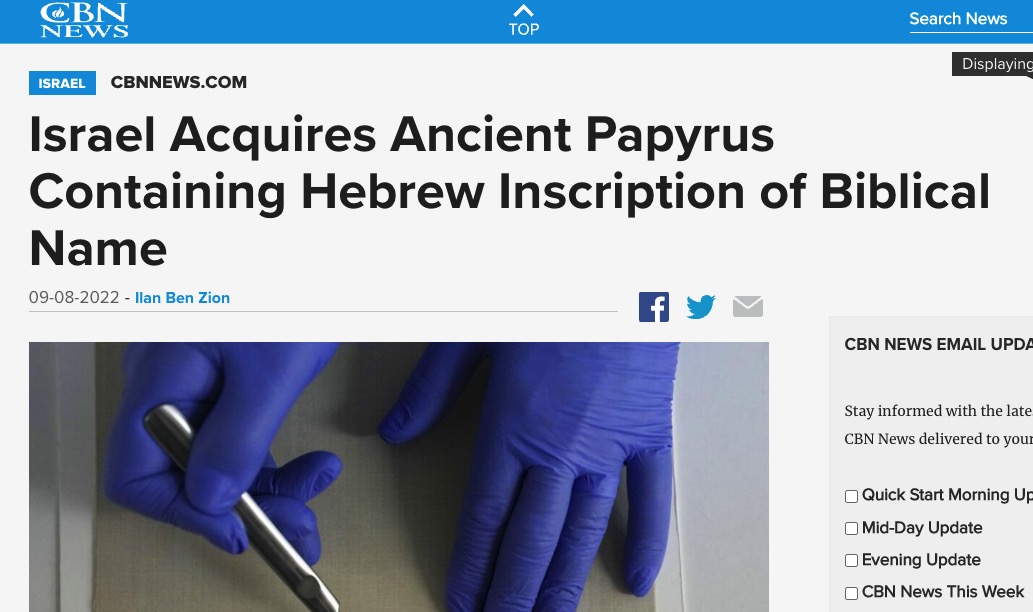 Israel has acquired a previously unknown ancient papyrus bearing a Hebrew inscription dated to around 2,700 years ago that had long been in possession of a Montana resident, the country’s antiquities authority said Wednesday.

The scrap of papyrus — scarcely larger than a postage stamp with four lines of angular script — is one of just a few from the region in the Late Iron Age, archaeologists said. The Israel Antiquities Authority said it authenticated its age using radiocarbon dating, which corresponded with the age of the text’s writing style.

Joe Uziel, director of the Judean desert scrolls unit, said the matching radiocarbon date and paleographic style makes him “very certain” that it is not a modern forgery.

The papyrus, which bears the Biblical name Ishmael, was likely looted sometime in the last century from a cave in the Judean Desert, he said. Source: CBN News