If an election is done by a popular vote, then those trying to steal an election would only need to stuff ballot boxes in a few States they control.  So theoretically, ballot stuffing that takes place in places such as Texas, New York, or California could decide who becomes the President of the United States.

Also, the electoral college is relevant because, without it, cities would be dictating the politics of the entire nation.  This is a typical US electoral map by county by county to see who won the 2016 election. 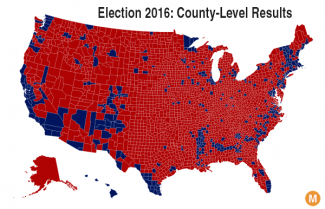 This is the same election results however it is displayed in 3-D. 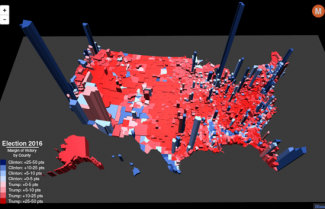 As you can see, Los Angeles, Chicago, Miami as well as other major cities would determine the “nations” politics.  This is what the Framers of the Constitution feared and created a “republic” allowing a voice for all.