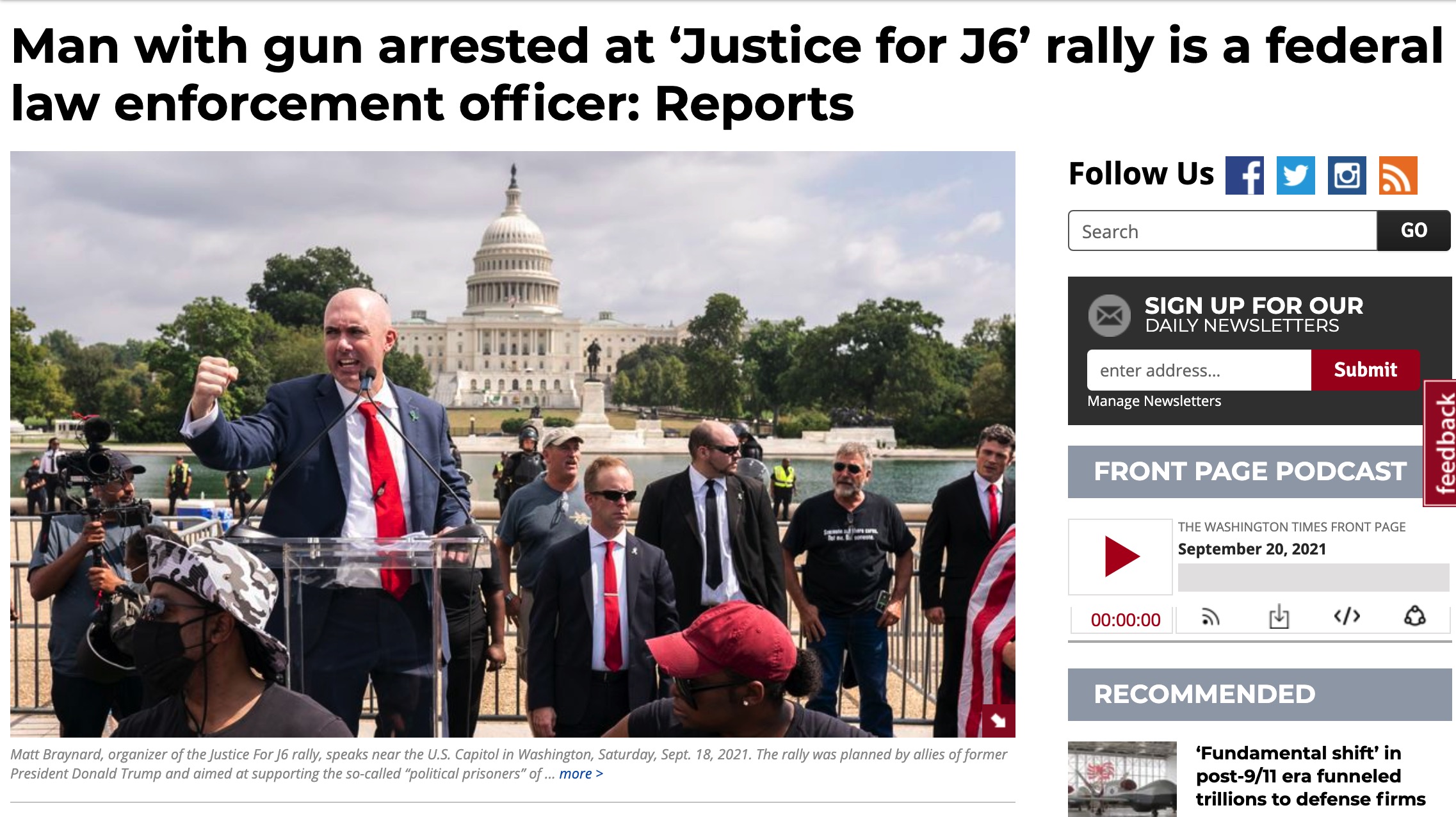 For weeks, corporate media hyped up the “Justice for J6” rally as a right-wing plot to attack the Capitol, but their predictions proved to be way off.

The protest started as a rally for Americans to peacefully contest the arrests of more than 600 people who were charged following the Capitol riot on Jan. 6. Former Trump aide Matt Braynard organized and spoke at the event where he said protesters would speak up for Capitol rioters who were “vilified because of their political viewpoints.”

Media coverage leading up to the event, however, painted it as a “right-wing rally” that caused “Renewed fears of political violence [to] grip Capitol Hill.” Headlines and articles about the event predicted that it would be a sequel to the Jan. 6 riot and full of white supremacy and violence. .. read the rest of this Op-Ed in the Federalist

Man with gun arrested at ‘Justice for J6’ rally is a federal law enforcement officer: Reports

A man with a handgun who was arrested on Saturday at the “Justice for J6” rally is a federal law enforcement officer who will not be prosecuted, according to media reports.

The man, 27, is from New Jersey and works as an officer for U.S. Customs and Border Protection, according to The Associated Press. He was arrested during the rally after someone alerted U.S. Capitol Police officers that they “spotted what appeared to be a handgun on a man in the crowd.”

Police said he was charged with unlawful activities on Capitol grounds, but a spokesman for the U.S. attorney’s office in Washington said prosecutors are “not moving forward with charges,” according to the AP. Source: Washington Times