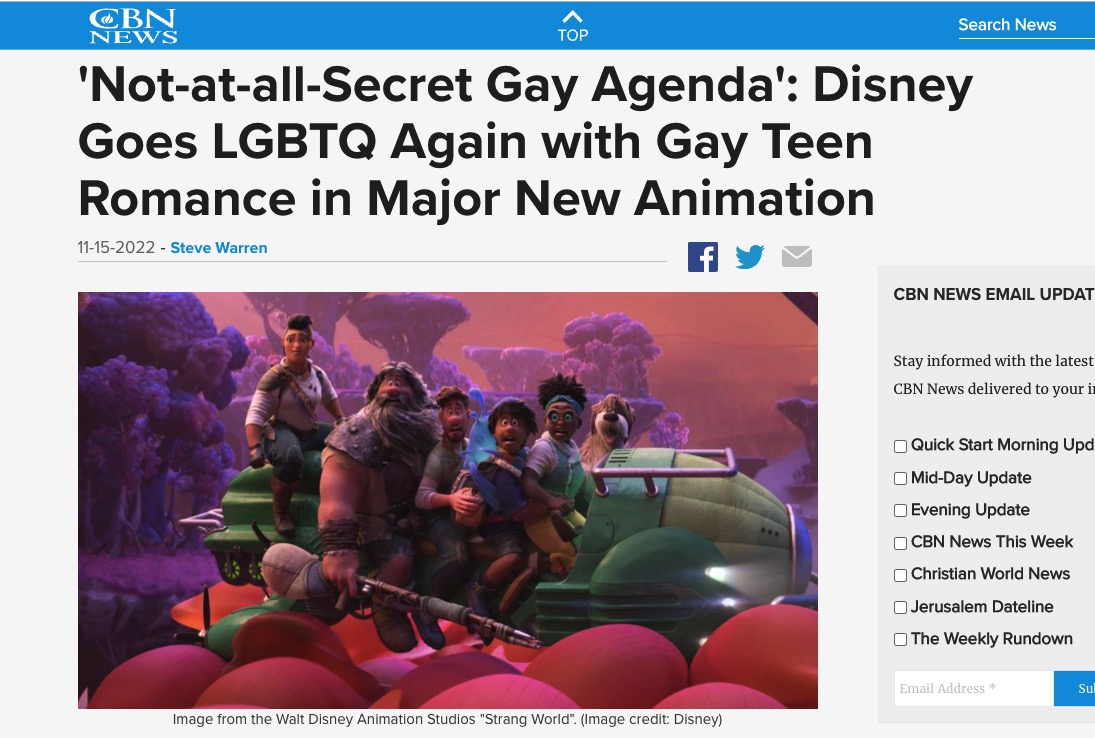 Disney’s next animated motion picture release titled Strange World will mark a first for the company founded by Walt Disney in 1923. It will feature a gay teen romance.

Produced by Walt Disney Animation Studios, the adventure film “introduces a legendary family of explorers, the Clades, as they attempt to navigate an uncharted, treacherous land alongside a motley crew that includes a mischievous blob, a three-legged dog, and a slew of ravenous creatures,” according to the Strange World website.

The movie opens in theaters on Nov. 23. Source: CBN News