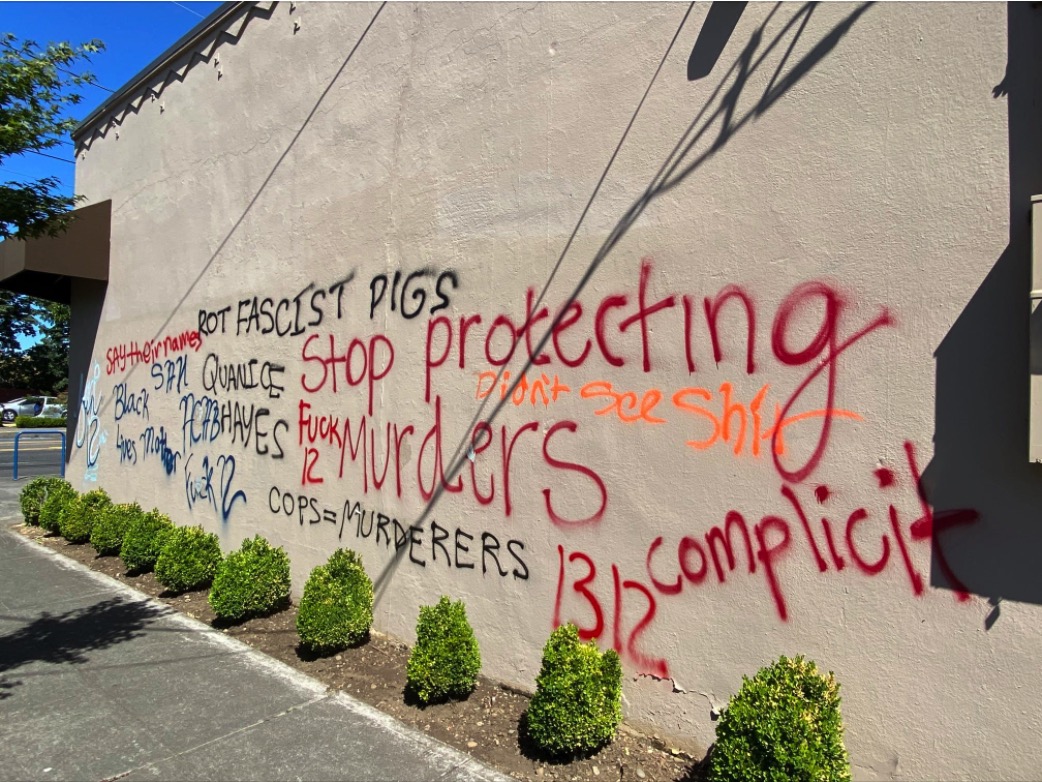 The Portland Police Association has relocated from its longtime office in the Kenton neighborhood after the building became the “target of vandalism and arson” for more than a year, Executive Director Daryl Turner announced Tuesday.

In a Facebook post, Turner announced the city’s police union moved into the office on North Lombard Street six years ago. Since then, Turner said residents of the area welcomed officers and staff and “were glad to have the police union and police cars there.” However, tensions flared outside the PPA building multiple times in 2020, as anti-law enforcement sentiments led to protests and, at times, riots. During the events, the building was subjected to graffiti, projectiles and fires.

Following the vandalism and arson, Turner stated neighbors would help paint over “vile and vulgar graffiti” that covered the building and helped picked up trash and garbage.   Source: Fox 12 Portland

The police in Portland couldn’t even PROTECT their OWN building from vandals … SAD!