President Donald Trump published an amendment to Executive Order 13959 which was delivered to Nancy Pelosi today, January 13, 2021. It was originally published on the RSN network’s (Right Side Broadcasting) Twitter Feed. Right Side Network was established by the Trump administration to combat the main stream media.

Originally posted on Twitter. In the event, the tweets are removed, the letters are enclosed. 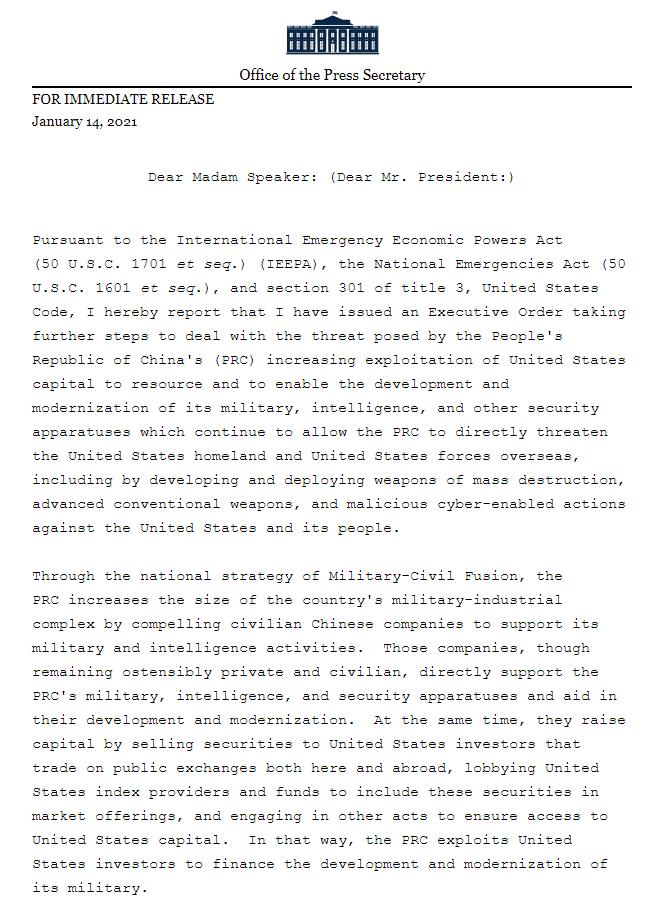 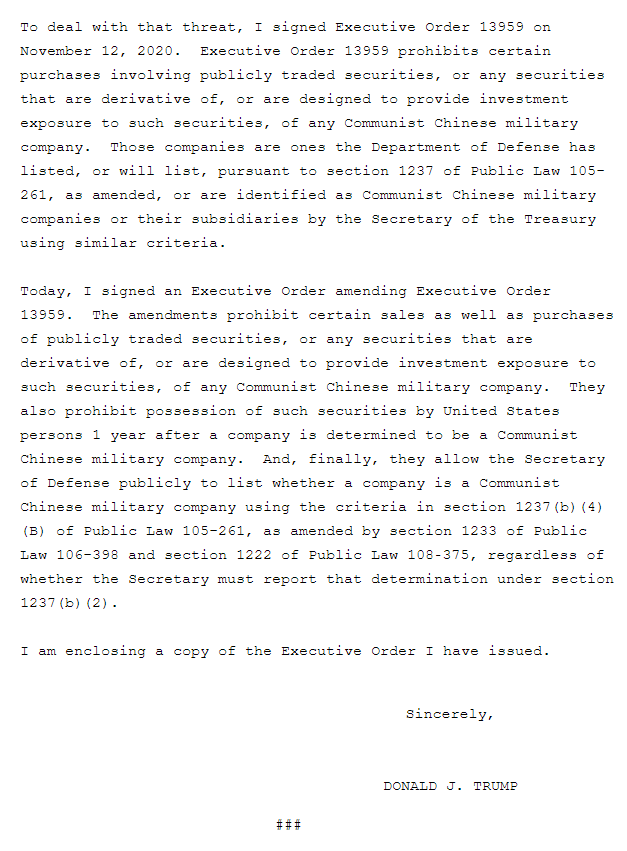