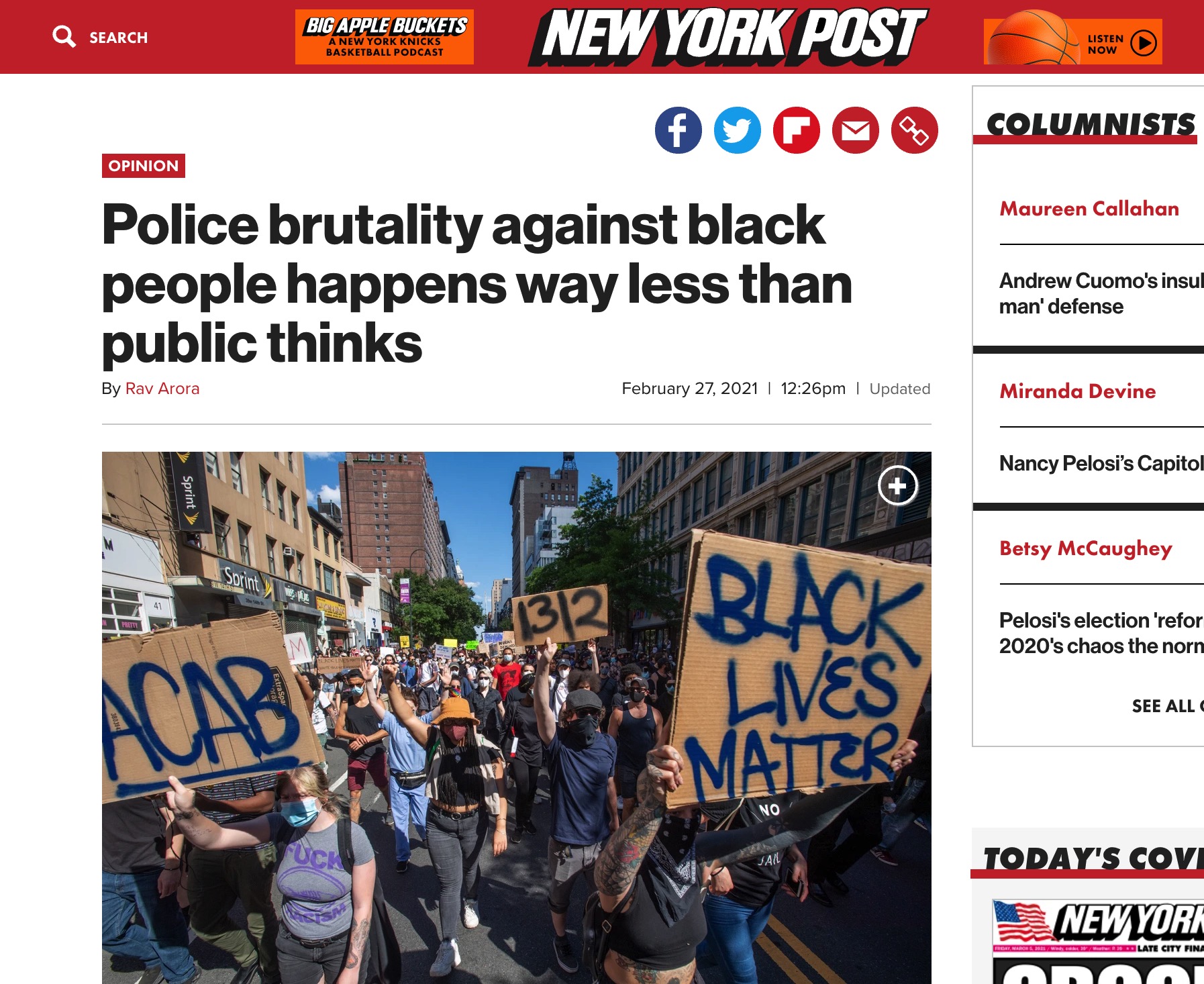 Social movements tap into our most primitive emotions, obscuring the complexities of sociopolitical problems. Reason is traded for ideological fervor and skepticism is swapped with religious dogma. Such was the case in 2020 in the wake of several high-profile cases of alleged police brutality involving black victims. Across the US and Western countries worldwide, activists and average citizens alike vigorously protested against a perceived (but empirically refuted) “epidemic of racist police killings.”

A new survey commissioned by Skeptic Research Center reveals the extent to which the public is misinformed on the issue of police violence. Participants across the political spectrum in the nationally representative survey were asked how many unarmed black men were killed by police in 2019. The results were revealing. Overall, nearly half of surveyed liberals (44 percent) estimated roughly between 1,000 and 10,000 unarmed black men were killed whereas 20 percent of conservatives estimated the same.

Most notably, the majority of respondents in each political category believed that police killed unarmed black men at an exponentially higher rate than in reality. Over 80 percent of liberals guessed at least 100 unarmed black men were killed compared to 66 percent of moderates and 54 percent of conservatives. But, according to a close database compiled by Mapping Police Violence, the actual number of black men killed by the police in 2019 is 27.  — Source

One death is too many … however, perceptions are starkly different than reality!