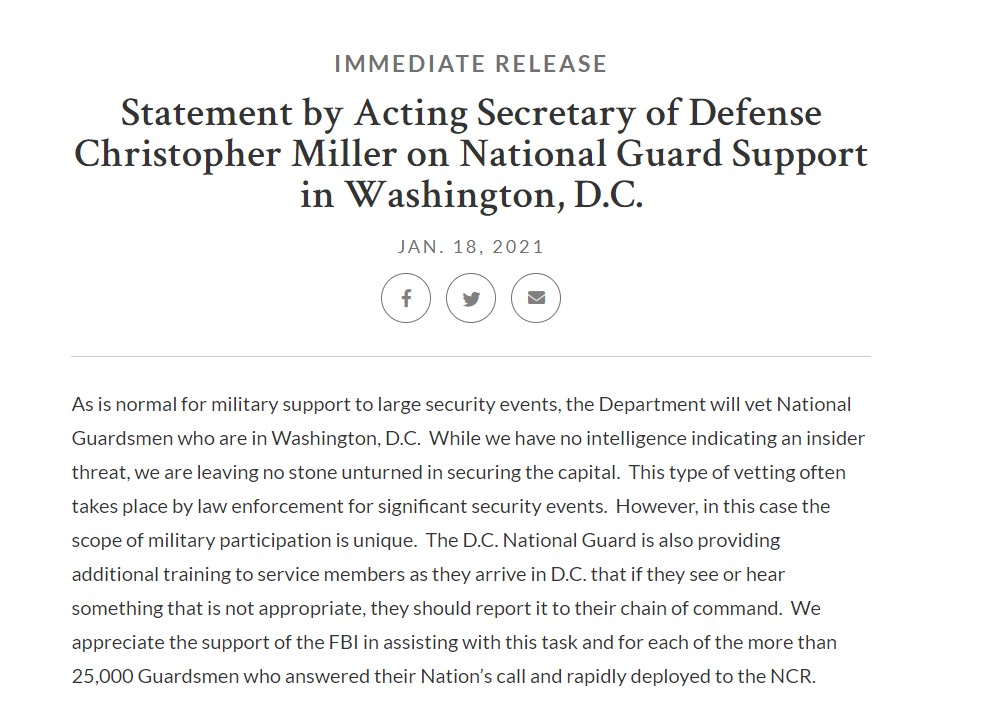 As is normal for military support to large security events, the Department will vet National Guardsmen who are in Washington, D.C.  While we have no intelligence indicating an insider threat, we are leaving no stone unturned in securing the capital.  This type of vetting often takes place by law enforcement for significant security events.  However, in this case the scope of military participation is unique.  The D.C. National Guard is also providing additional training to service members as they arrive in D.C. that if they see or hear something that is not appropriate, they should report it to their chain of command.  We appreciate the support of the FBI in assisting with this task and for each of the more than 25,000 Guardsmen who answered their Nation’s call and rapidly deployed to the NCR. — Source

What’s interesting is that this press release was issued in response to the FBI vetting all the National Guard.

U.S. defense officials say they are worried about an insider attack or other threat from service members involved in securing President-elect Joe Biden’s inauguration, prompting the FBI to vet all of the 25,000 National Guard troops coming into Washington for the event.

The massive undertaking reflects the extraordinary security concerns that have gripped Washington following the deadly Jan. 6 insurrection at the U.S. Capitol by pro-Trump rioters. And it underscores fears that some of the very people assigned to protect the city over the next several days could present a threat to the incoming president and other VIPs in attendance. — Source

Nobody is showing up for “MAGA” Rallies that people were anticipating? Why? I have gone through many different “right-wing” groups and all of them are WARNING their followers, “Do not show up for any rallies for the next week” for fear of FALSE flag events to make them look bad.

With no one showing up, even reporters are trying to post up BLM activists as “MAGA” supporters!

Nothing is as it SEEMS … stay tuned! 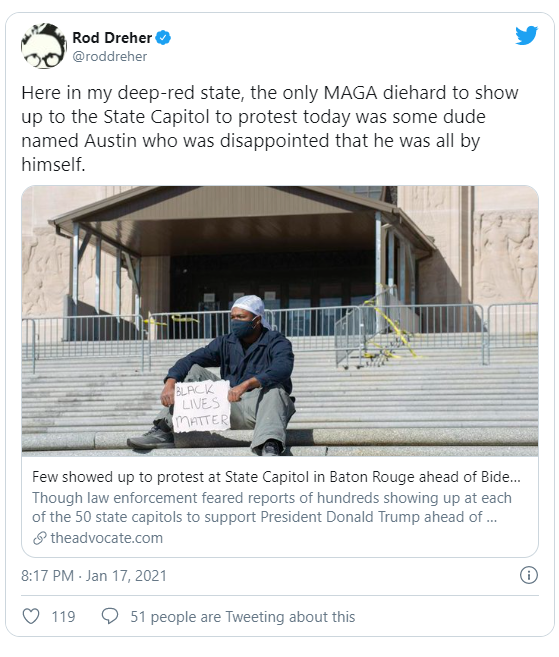