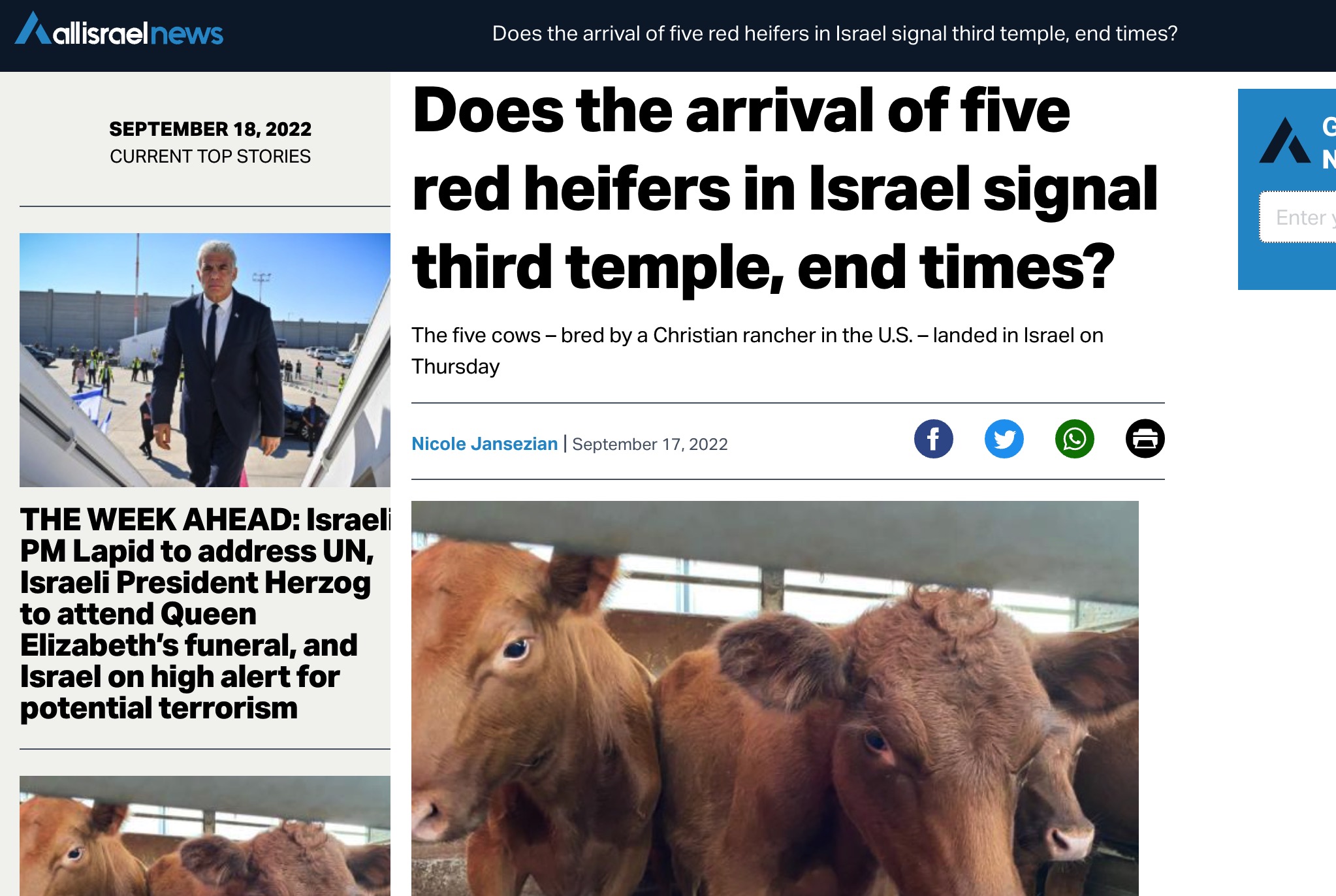 Five rabbi-approved red heifers arrived from Texas on Thursday to a ceremonious welcome at Ben-Gurion Airport – and touched off a whirlwind of speculation as to the prophetic significance of their presence in Israel and whether we are barreling toward a third-temple period or the “last days.”

The cows have been inspected by rabbis and were found to be red and unblemished, which means they are ritually pure for sacrifice as stipulated under the law of Moses. In order for someone following Mosaic law to become ritually pure, the ashes of a red heifer are required, according to the Book of Numbers.

The farmers, in Texas, knew enough of the requirements and did not tag the ears of these cows leaving them unblemished. Source: All Israel News