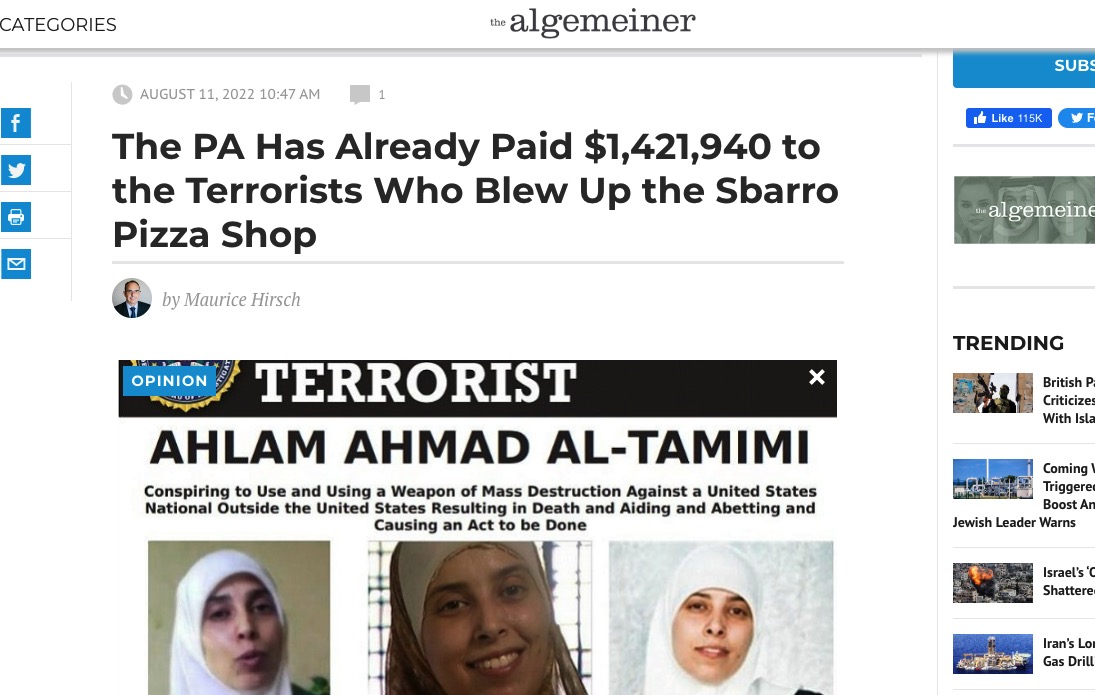 August 9, 2022, marked 21 years since the attack on the Sbarro pizza restaurant in Jerusalem. Fifteen people were murdered, including five members of one family, and 130 people were injured.

As a reward for carrying out the attack, the Palestinian Authority (PA) pays a total of $8,937 (27,800 shekels) each month to the five imprisoned terrorists and the families of the three dead terrorists who were involved in the attack.

The current total paid to the terrorists is $1,421,940. The monthly payment to each terrorist will continue to rise the longer the terrorists are in prison. Source: Algemeiner