Time documents the “left’s” strategy and implementation to “save” the United States — in doing so, documents how they coordinated their efforts between tech companies, big business, and left-wing activists.  And notice the terminology, there was a “conspiracy unfolding behind the scenes.”  THEIR WORDS … not mine! 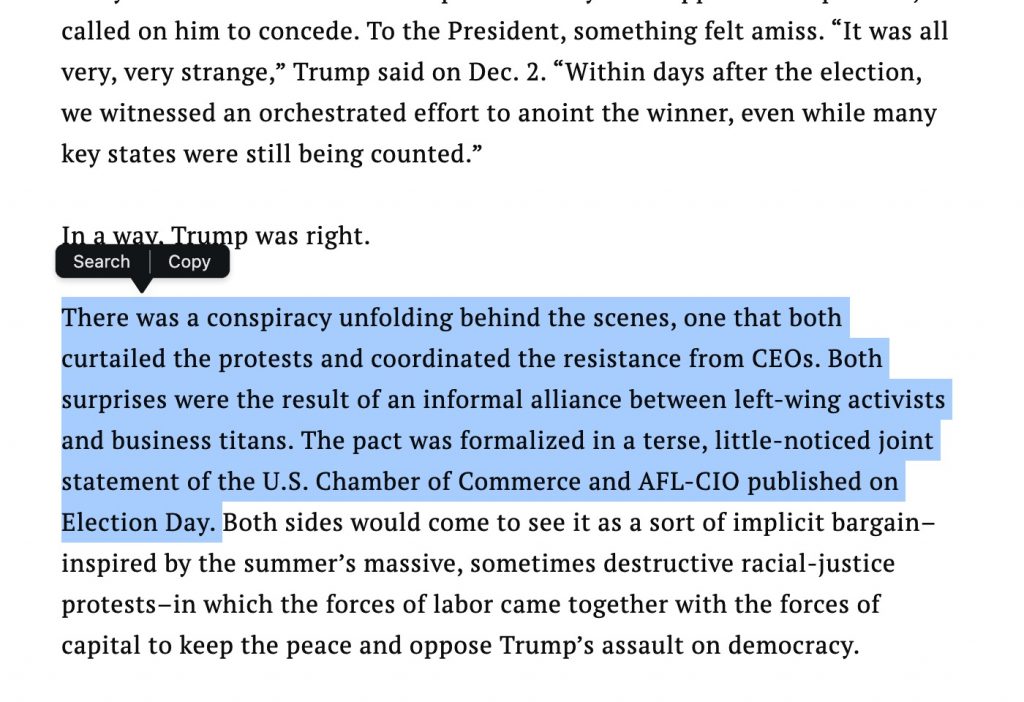 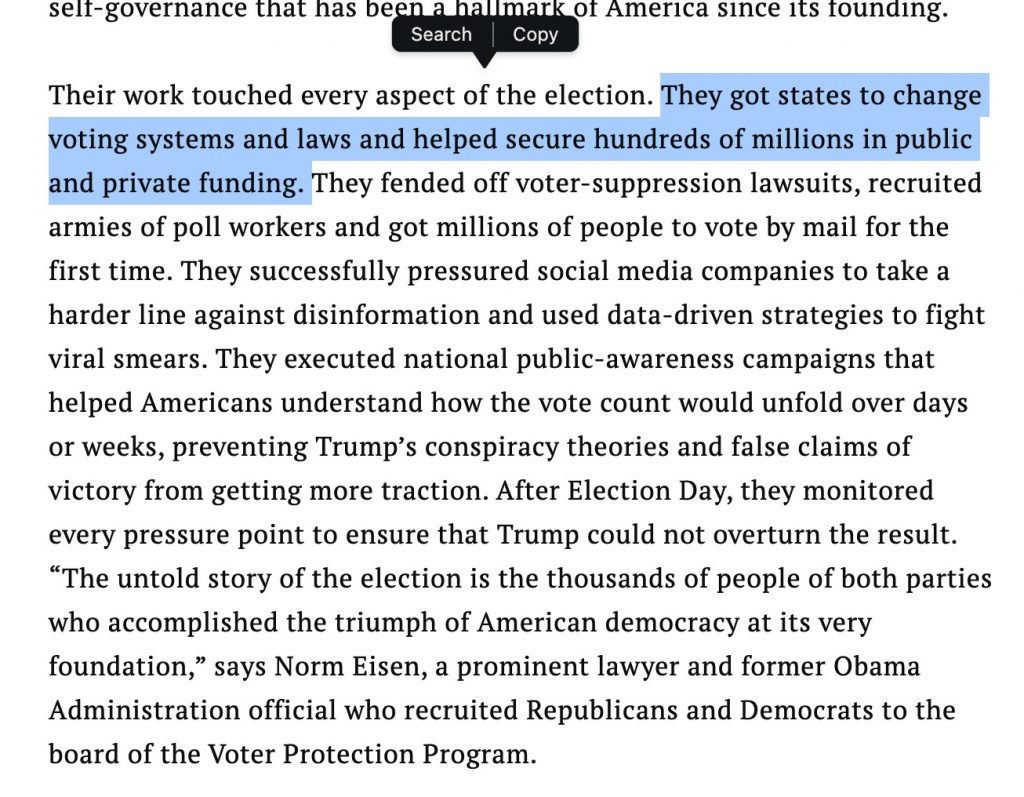 The laws were changed … without the LEGISLATIVE BRANCHES of those States …

So let me get this straight … they are admitting CHANGING RULES AND LAWS — STEER MEDIA COVERAGE (and who says their is media bias … they’ve just admitted it ONCE AGAIN) and to CONTROL the flow of INFORMATION (CENSORSHIP)  — I LOVE THIS PART … they were “FORTIFYING” it! 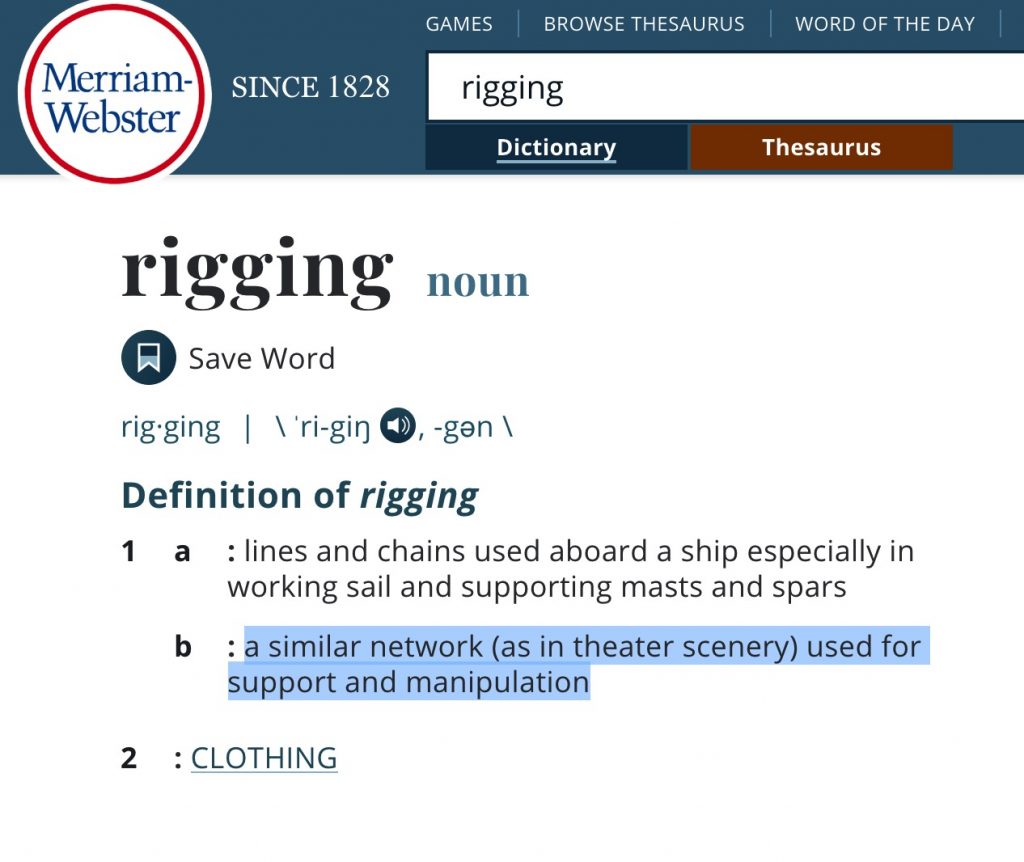 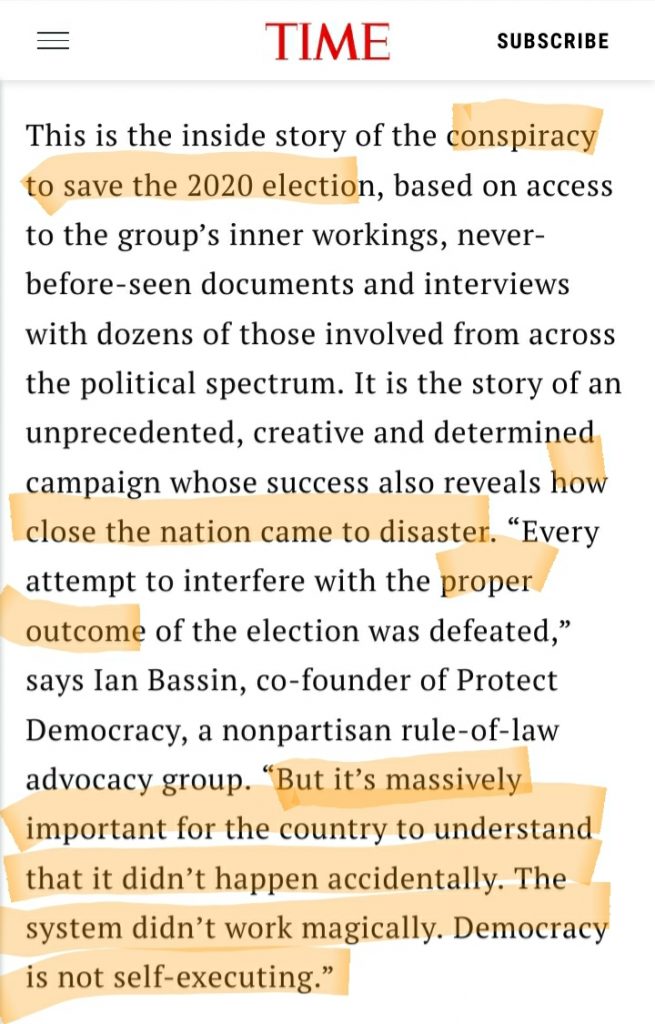 The CONSPIRACY to save the country from DISASTER!  What would have been disastrous?  A Trump Presidency … hmmm …. so we had to make sure that “Every attempt to interfere with the PROPER OUTCOME” … what was the PROPER outcome?  It certainly wasn’t a Trump presidency … so we had to STEP to SAVE the country was their mantra!  So in conclusion … this didn’t happen ACCIDENTALLY or MAGICALLY … no, it was a cohesive effort by many groups to make sure that the votes DIDN’T REALLY MATTER … it was a RIGGED GAME!   And now, in this article, they’re congratulating themselves on how they stole the 2020 election to SAVE AMERICA from Donald Trump!  If I didn’t read it for myself, I would haven’t believed it!

Time.com – The Secret History of the Shadow Campaign That Saved the 2020 Election

2 thoughts on “Time Magazine: The Left’s Conspiracy to “Fortify the Election””