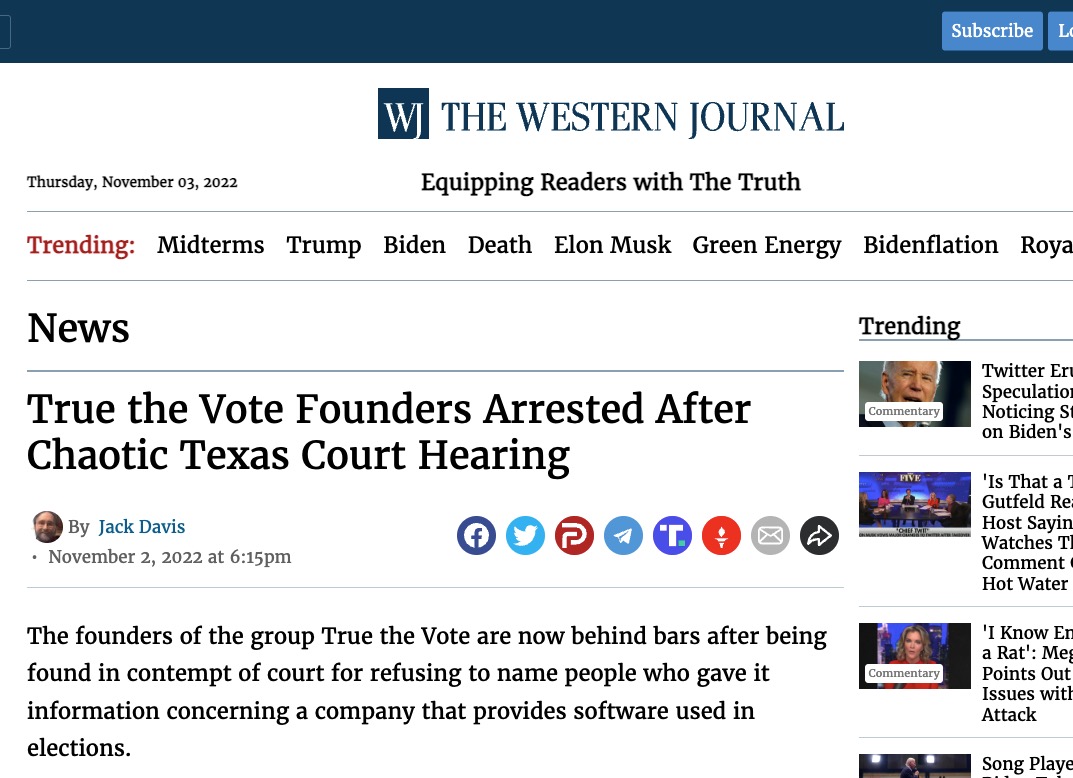 The founders of the group True the Vote are now behind bars after being found in contempt of court for refusing to name people who gave it information concerning a company that provides software used in elections.

Founders Catherine Engelbrecht and Gregg Phillips were locked up in Houston, according to The Washington Post.

U.S. District Judge Kenneth Hoyt ordered that the pair be held for at least a day or “until they fully comply with the Court’s Order,” Hoyt wrote, according to KXAS-TV.

Engelbrecht and Phillips have refused to tell the court information the judge has ordered them to produce concerning elections software company Konnech, according to the Texas Tribune. Source: Western Journal