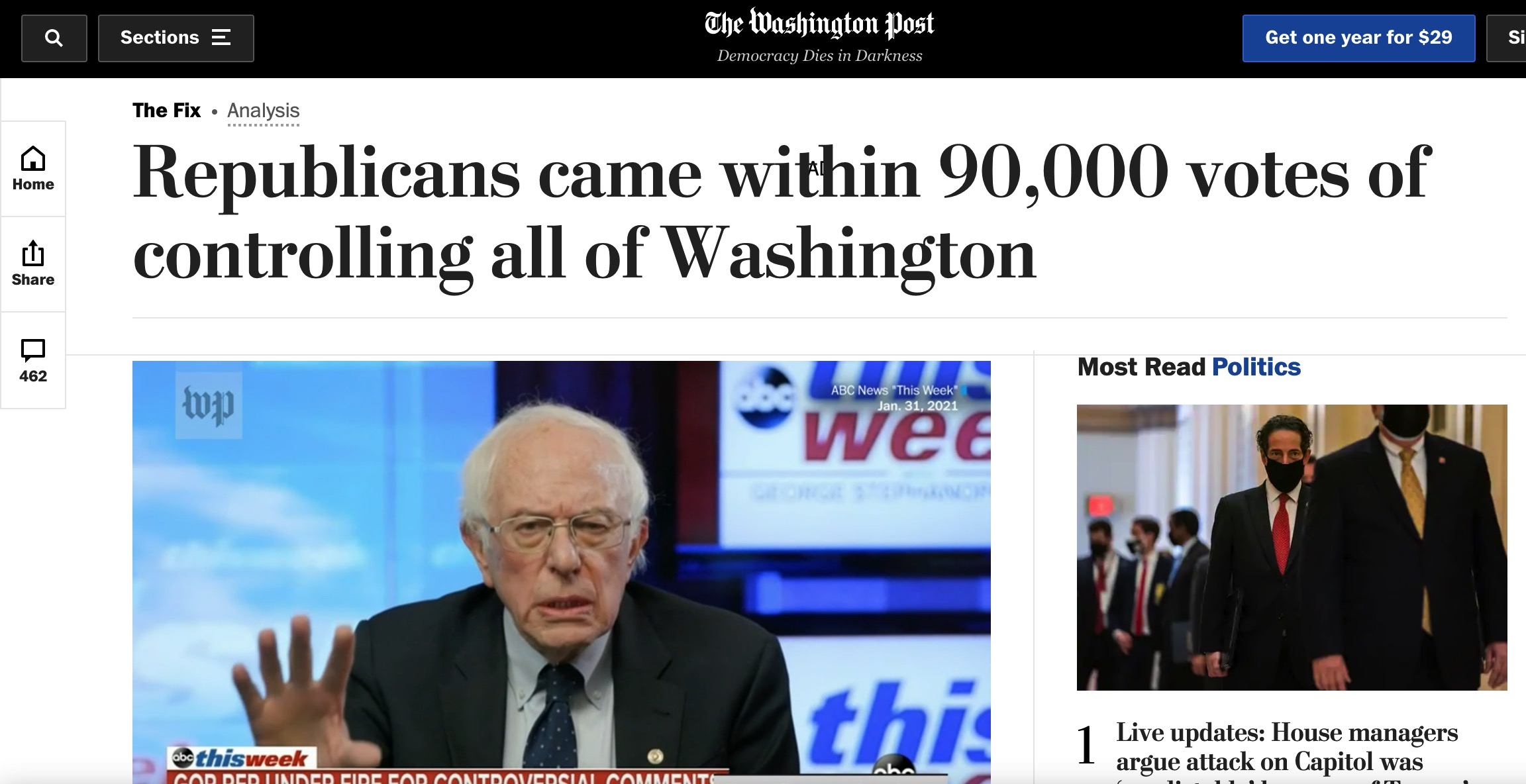 We can’t possibly think there was any ELECTION rigging … ONLY 90,000 votes decided the FATE of the nation, according to the Washington Post.

Biden won the three decisive states — Arizona, Georgia and Wisconsin — by 0.6 percentage points or less, which was similar to Trump’s 2016 victory. If you flip fewer than 43,000 votes across those three states, the electoral college is tied 269 to 269. In that case, Trump would probably have won, given that the race would be decided by one vote for each House delegation, of which Republicans control more.

The number of votes to flip the result was similar in the House. As the Cook Political Report’s David Wasserman noted in light of Tenney’s win, fewer than 32,000 votes could have flipped the five seats that Republicans would have needed to win the House majority — Illinois’s 17th District, Iowa’s 3rd, New Jersey’s 7th, Texas’s 15th and Virginia’s 7th.

Republicans came within 90,000 votes of controlling all of Washington – The Washington Post

If you’ve not read it yet, TIME basically brags of the left’s coordination to “fortify” the election results! Now, understanding how close the election was … do you think they stole the election yet?