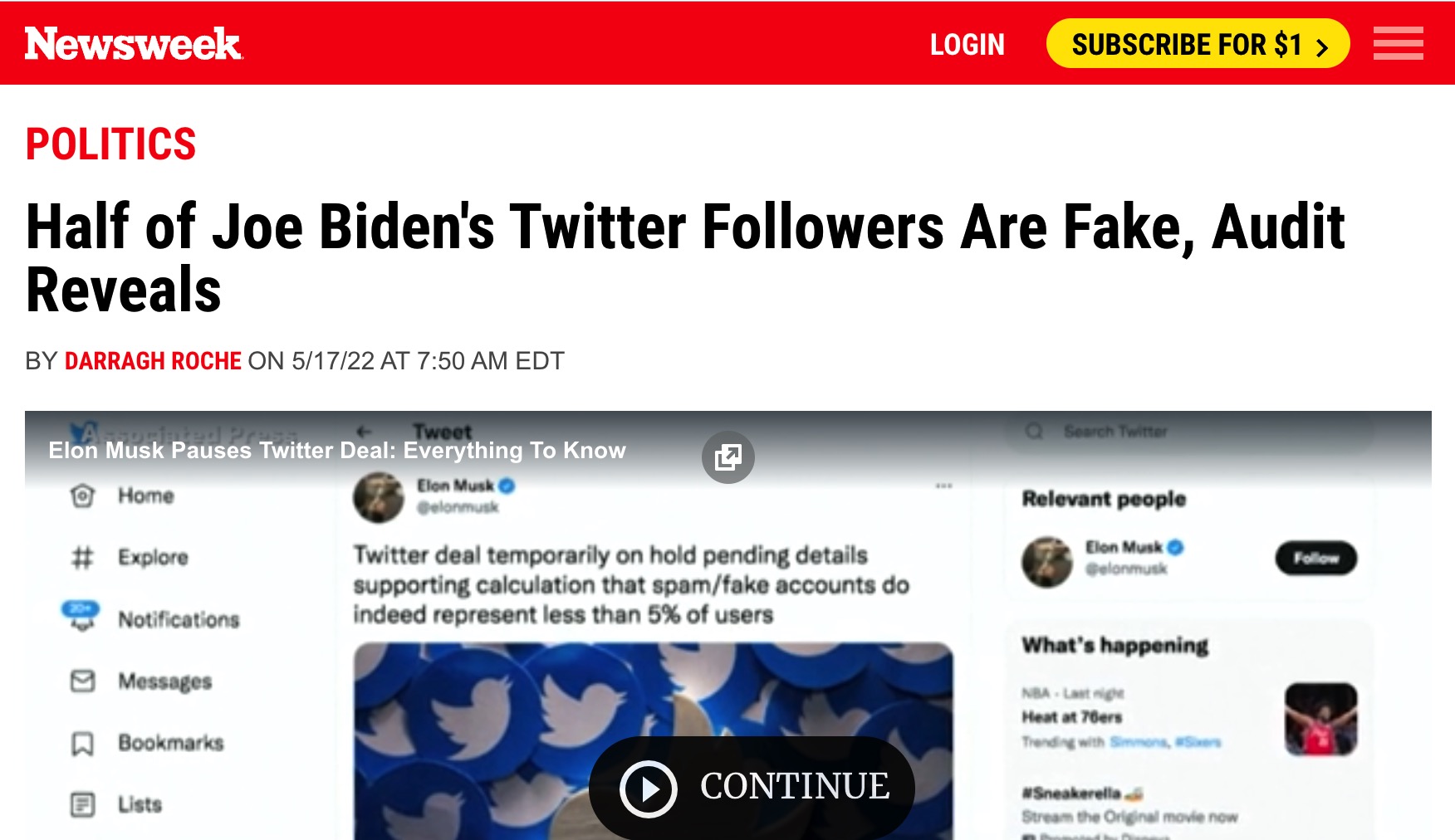 Almost half of President Joe Biden’s current 22.2 million followers on Twitter are fake accounts, according to an audit tool provided by software company SparkToro.

SparkToro’s tool found that 49.3 percent of accounts following the official @POTUS Twitter account are “fake followers” based on analysis of a number of factors, including location issues, default profile images and new users.

Tesla CEO Elon Musk, who is currently trying to buy Twitter, has expressed concerns about the number of fake accounts and a potential crack down could see users such as Biden lose a huge number of followers. — Source: NewsWeek

1 thought on “Half of Joe Biden’s Twitter Followers Are Fake, Audit Reveals”