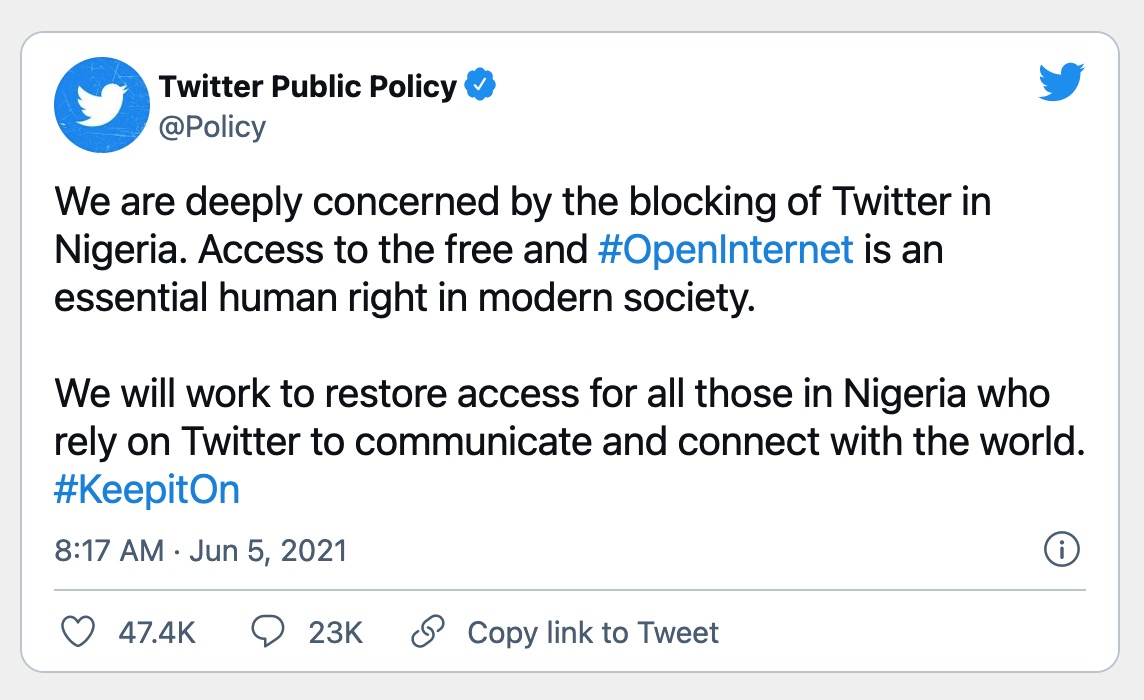 “Many of those misbehaving today are too young to be aware of the destruction and loss of lives that occurred during the Biafra war,” Buhari wrote. “Those of us in the fields for 30 months, who went through the war, will treat them in the language they understand,” referencing his role as a brigade major during the Biafra war, one of the darkest chapters in Nigeria’s history. The war ended the attempts by mainly Igbo people in south-east Nigeria to create an independent nation of Biafra.

On Saturday, Twitter was inaccessible through mobile apps on many of the largest phone networks, including the biggest one, South Africa’s MTN. Many users expressed outrage, and some managed to access the social media platform through virtual private networks.