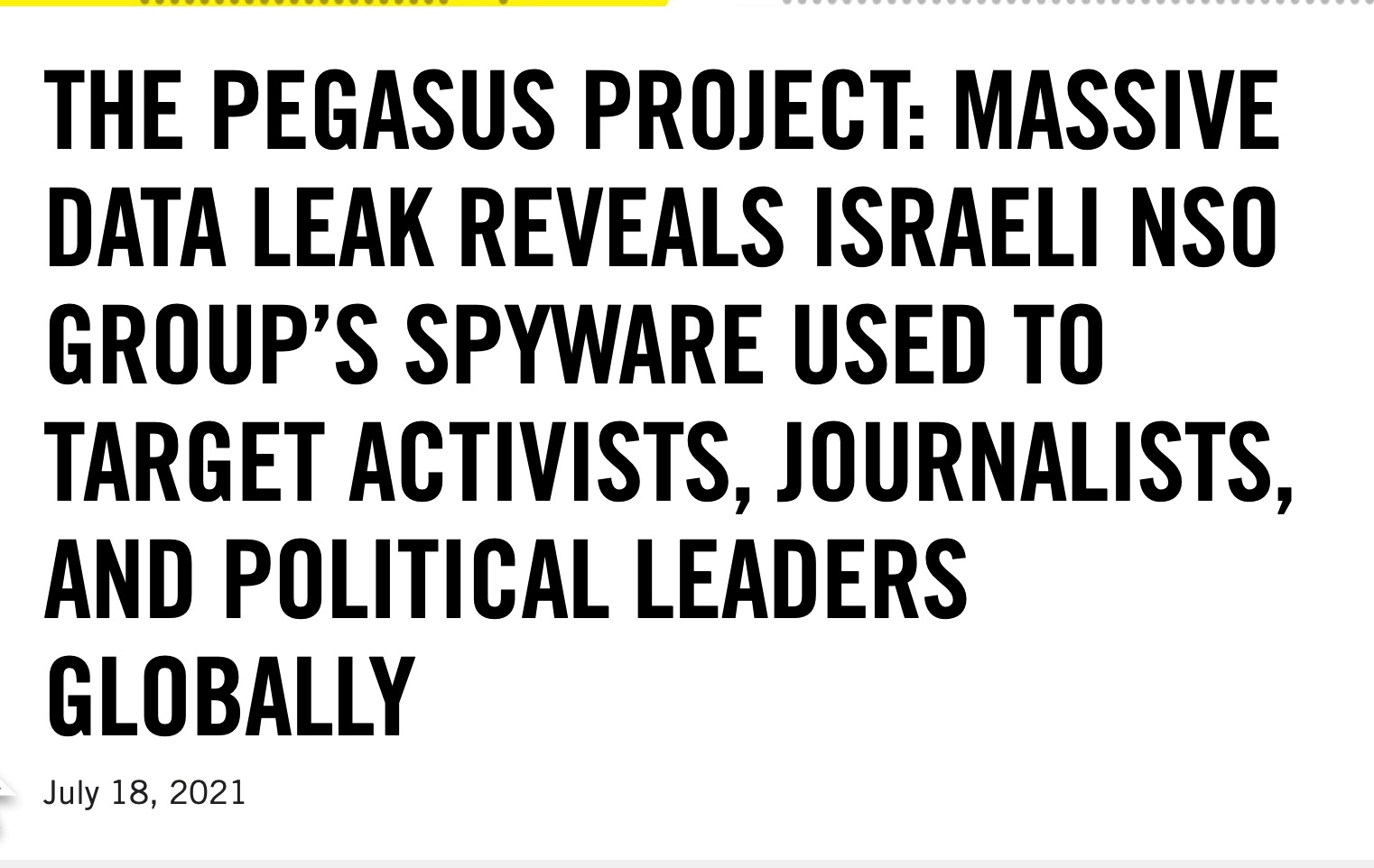 NSO Group, a private Israeli firm that sells surveillance technology to governments worldwide, insists that its Pegasus spyware is used only to “investigate terrorism and crime.” Leaked data, however, reveals that the company’s hacking tool “has been used to facilitate human rights violations around the world on a massive scale.”

That’s according to an investigative report published Sunday by the Pegasus Project, a media consortium of more than 80 journalists from 17 news outlets in 10 countries. The collaborative endeavor was coordinated by Forbidden Stories, a Paris-based media nonprofit, with technical assistance from Amnesty International, which conducted “cutting-edge forensic tests” on smartphones to identify traces of the military-grade spyware.  Source: Insider Paper

1 thought on “Israeli spy tech, specifically NSO’s Pegasus, used across the world to hunt journalists, activists and even leading politicians”