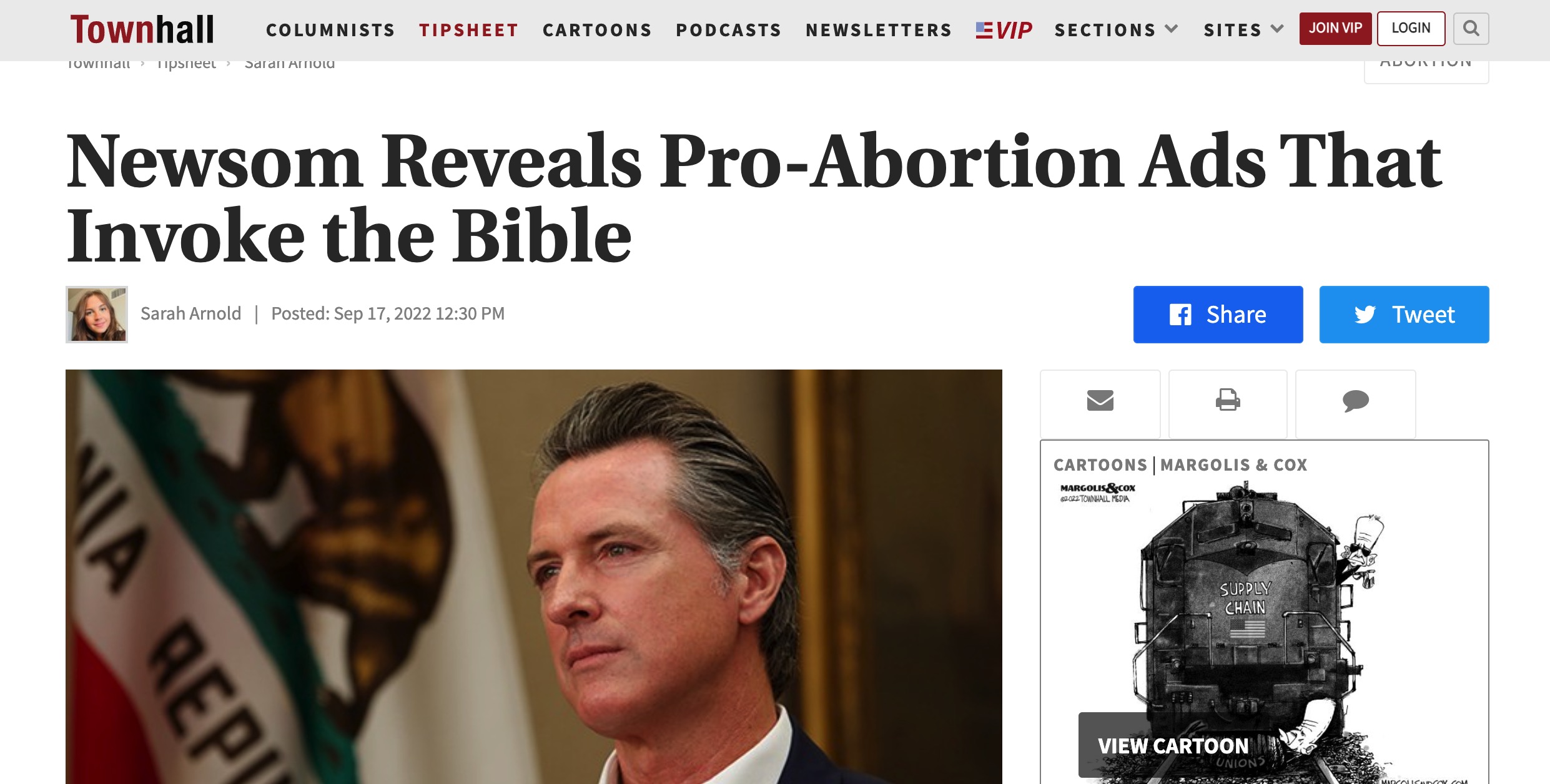 Gov. Gavin Newsom (D-Calif) launched a series of ads aimed to promote abortion while invoking the Bible at the same time.

Newsom took to Twitter to announce the release of seven pro-abortion billboards, taking a stab at Christianity on the topic.

“Just launched billboards in 7 of the most restrictive anti-abortion states that explain how women can access care–no matter where they live… to any woman seeking an abortion in these anti-freedom states: CA will defend your right to make decisions about your own health,” Newsom said in a tweet. Source: TownHall