The Biden Justice Department announced Tuesday it is suing the state of Idaho over its new law banning most abortions.

The suit promises to be the first in a series of actions the DOJ will take to try to limit the impact of the U.S. Supreme Court’s Dobbs v. Jackson Women’s Health Organization decision in June that overturned the 1973 case Roe v. Wade.

In Roe, justices had created a national right to obtain an abortion.

The Idaho law bans all abortions except in the cases of rape or incest that are reported to law enforcement or when a physician determines “in his good-faith medical judgment and based on the facts known to the physician at the time, that the abortion was necessary to prevent the death of the pregnant woman.” Source: Western Journal 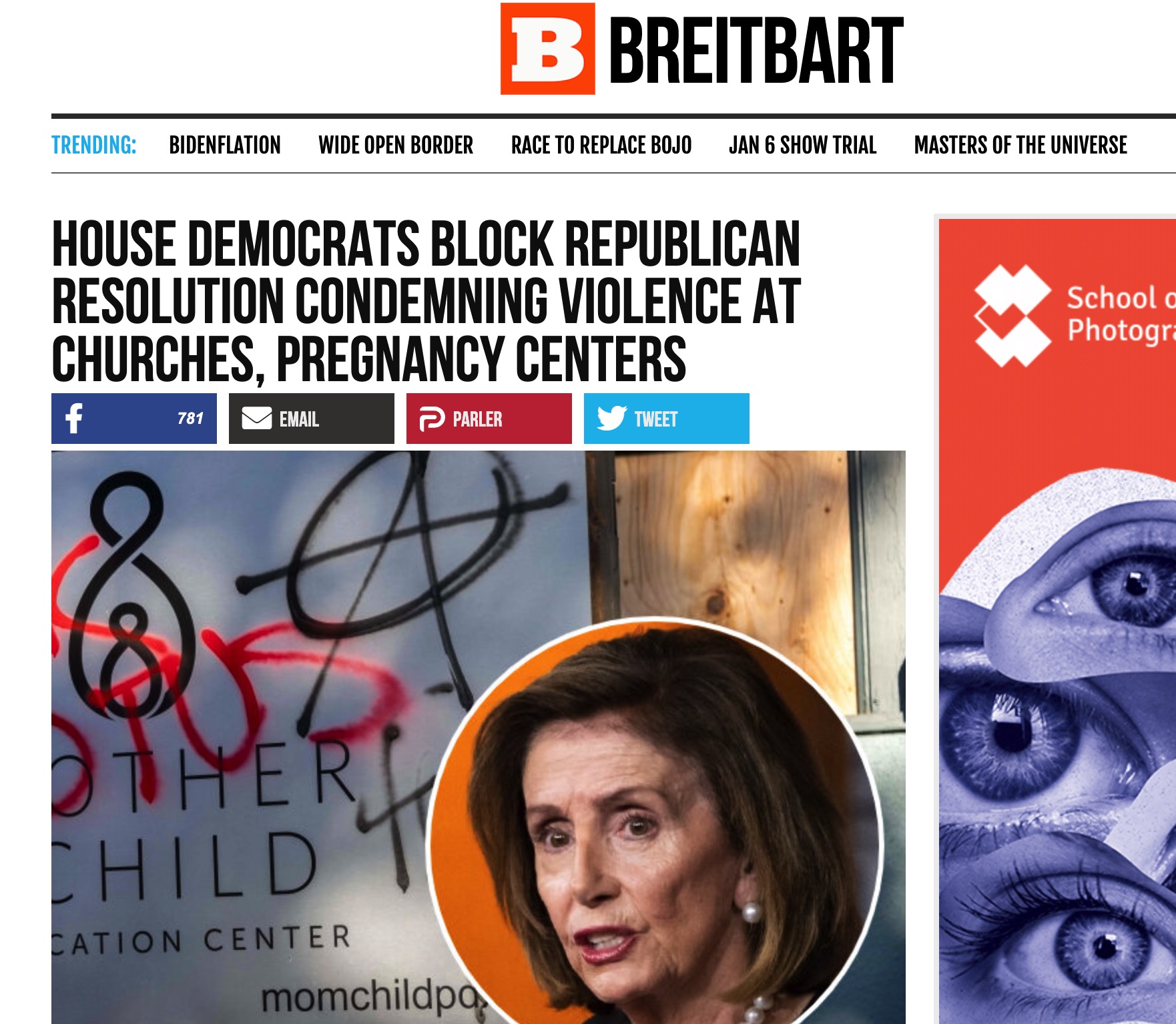 “Crisis pregnancy centers that are there to fool people looking for pregnancy termination help outnumber abortion clinics by 3-1. We need to shut them down all around the country,” stated Sen. Warren.
Sen. Ted Cruz (R-Tx) during a senate committee hearing on abortion detailed past comments given by Pres. Joe Biden, Former Pres. Bill Clinton, and committee chairman Dick Derbin’s on the Roe v Wade decision.
A Berkeley law professor accused Sen. Josh Hawley (R-Mo.) of being “transphobic” when she was questioned Tuesday during the Senate Judiciary Committee’s hearing on the overturning of Roe v. Wade, after the GOP senator criticized her for referring that “people” can become pregnant as being affected by abortion rather than women. 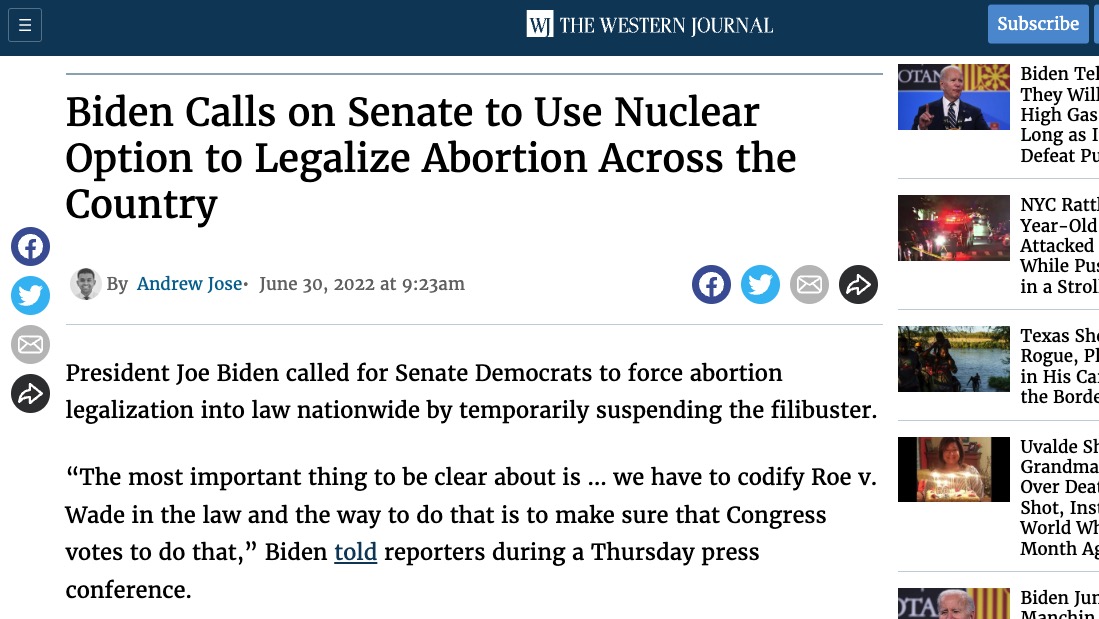 “The most important thing to be clear about is … we have to codify Roe v. Wade in the law and the way to do that is to make sure that Congress votes to do that,” Biden told reporters during a Thursday press conference.

“And if the filibuster gets in the way, it’s like voting rights, it should be … we provide an exception … to the filibuster,” Biden said. Source: Western Journal

The question that should be asked is, “Is this an insurrectionist act?”

CNN’s Jeffery Tobin, “The Originalists are Winning,” when asked about the Supreme Court’s overturn of Roe v. Wade.

During a speech about the abortion case before the Supreme Court on Wednesday, Senate Minority Leader Chuck Schumer (D-NY) stated to Supreme Court Justices Neil Gorsuch and Brett Kavanaugh, “you have released the whirlwind and you will pay the price. You won’t know what hit you, if you go forward with these awful decisions.”

Schumer said, “Now, we stand here today because behind me, inside the walls of this court, the Supreme Court is hearing arguments, as you know, for the first major abortion rights cases since [Justice] Kavanaugh and [Justice] Gorsuch came to the bench. We know what’s at stake. Over the last three years, women’s reproductive rights have come under attack in a way we haven’t seen in modern history. From Louisiana, to Missouri, to Texas, Republican legislatures are waging a war on women, all women, and they’re taking away fundamental rights. I want to tell you, Gorsuch, I want to tell you, Kavanaugh, you have released the whirlwind and you will pay the price. You won’t know what hit you, if you go forward with these awful decisions.”