Skip to content
CNN’s Jeffery Tobin, “The Originalists are Winning,” when asked about the Supreme Court’s overturn of Roe v. Wade. 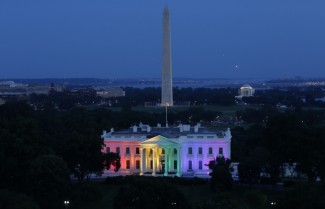 As this shocking Supreme Court decision on Gay marriage settles into the nation, I’m reminded of the passage in Luke where Yeshua (Jesus) told us one of the final signs of His return. He said it would be like the days of Lot. While many of us are grieving over this decision, it should be a reminder to those of us who know the Lord, that His words are being fulfilled to the detail, every jot and tittle! And THAT is exciting news.

Luke 17:28-30 Likewise, just as it was in the days of Lot—they were eating and drinking, buying and selling, planting and building, but on the day when Lot went out from Sodom, fire and sulfur rained from heaven and destroyed them all— so will it be on the day when the Son of Man is revealed.

Remember Lot’s wife? Why would He mention her? Lot’s wife turned into a pillar of salt because she disobeyed the order not to look back at her burning city. Yes, our hearts are broken but for those of us who are children of God, we have a Kingdom ahead which can never be destroyed! This world is not our home! We are simply strangers and exiles on the earth. [Hebrews 11:13]

Remember Yeshua’s warning, “No one who puts his hand to the plow and looks back is fit for the kingdom of God.” [Luke 9:62]

Let’s look up and ahead, for truly our redemption draweth nigh! 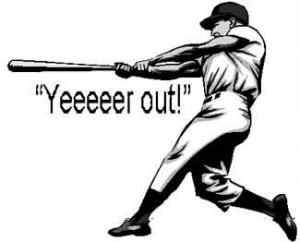 Most are aware of the recent decision by the Supreme Court on the issue of same-sex marriage, but many may not realize that this was only one of the history-making decisions reached this session.

This means that in only one month’s time, the Supreme Court came against Jerusalem (strike one), failed to defend the unborn (strike two) and to top it all off, came against holy matrimony (strike three and you’re OUT)!

The apostle Paul writes “Now these things took place as examples for us, that we might not desire evil as they did.” [1 Corinthians 10:6].

The prophet Jeremiah spells out in verse 5:9 and in verse 29, “Shall I not punish them for these things? declares the LORD; and shall I not avenge myself on a nation such as this?”

These are the characteristics of a nation rebuked harshly by the Lord.

Then, with much conviction, Jeremiah asks, “Shall I not punish them for these things? declares the LORD, and shall I not avenge myself on a nation such as this?” An appalling and horrible thing has happened in the land: the prophets prophesy falsely, and the priests rule at their direction; my people love to have it so, but what will you do when the end comes? (Jer 5:29-31)

All that said, in the midst of this passage is a blessing. “For these things happened to the nation of Israel to PRUNE it so it could once again PRODUCE FRUIT!

“Go up through her vine rows and destroy, but make not a full end; strip away her branches, for they are not the LORD’s.” (Jeremiah 5:10)

Whatever judgment may come, I hope that it will be done in such a way, that America may once again be fruitful.

Our God is merciful.

Update: The Supreme Court failed to protect the unborn again, as it ruled to keep Texas abortion clinics open.