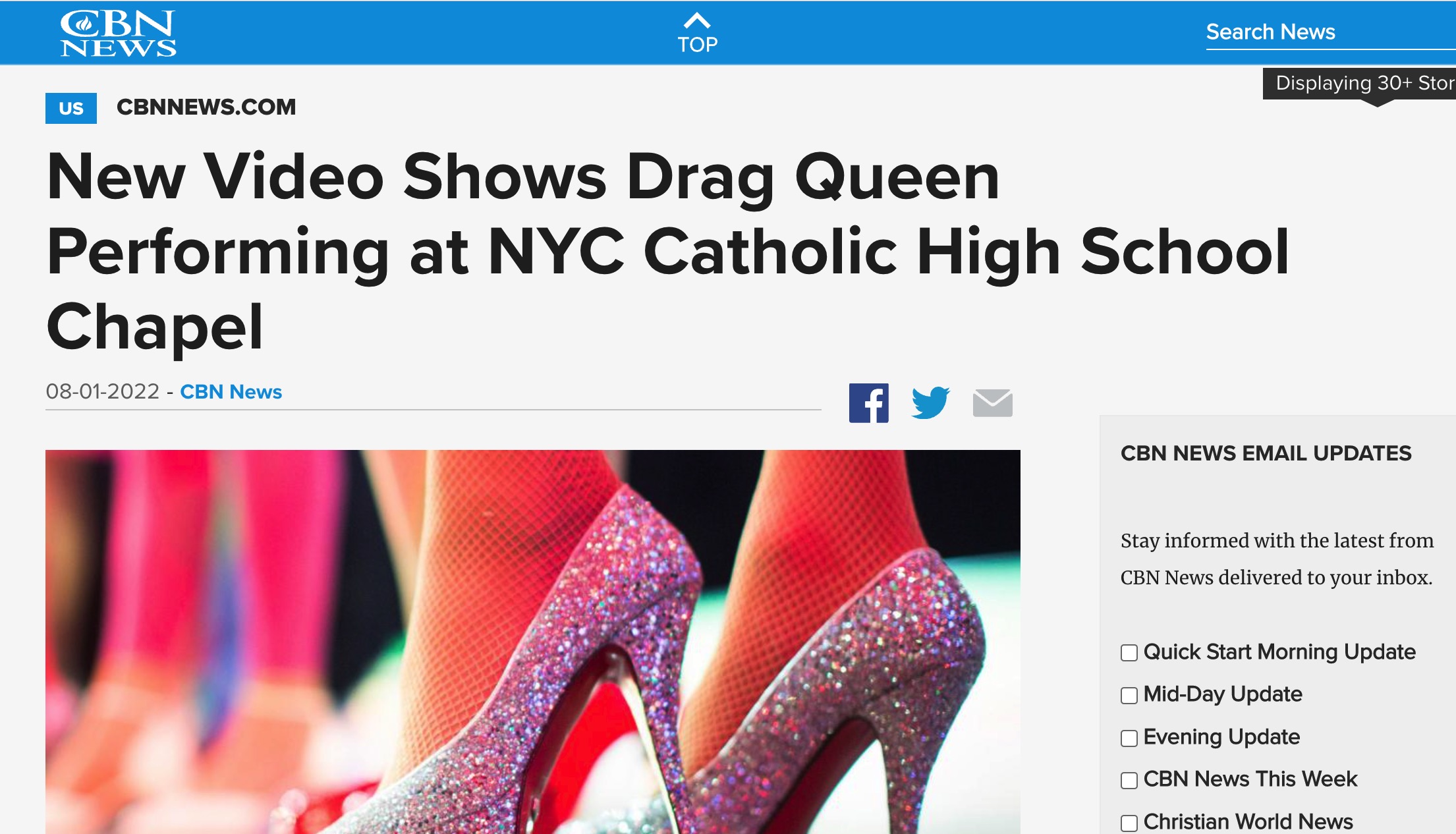 A new video has been released to social media by a drag queen who was invited to perform at the chapel of a New York City Catholic high school.

The drag performer is a cross-dressing man who pretends to be a woman, revealing part of his buttocks to students while wearing a skimpy mini skirt.

The Iowa Standard reports the individual posted the video to Instagram, writing: “A Catholic High School here in NYC invited me to their Pride Chapel. Visibility matters and I’m so honored to have had the chance to talk to you about my work as a LGBTQ+ Drag Queen Activist.”  Source: CBN News

Protesters took to the streets of New York City chanting, “No Justice, No Peace.”
Sign Up for our Worthy Briefs!
We guarantee 100% privacy.
Your information will not be shared.