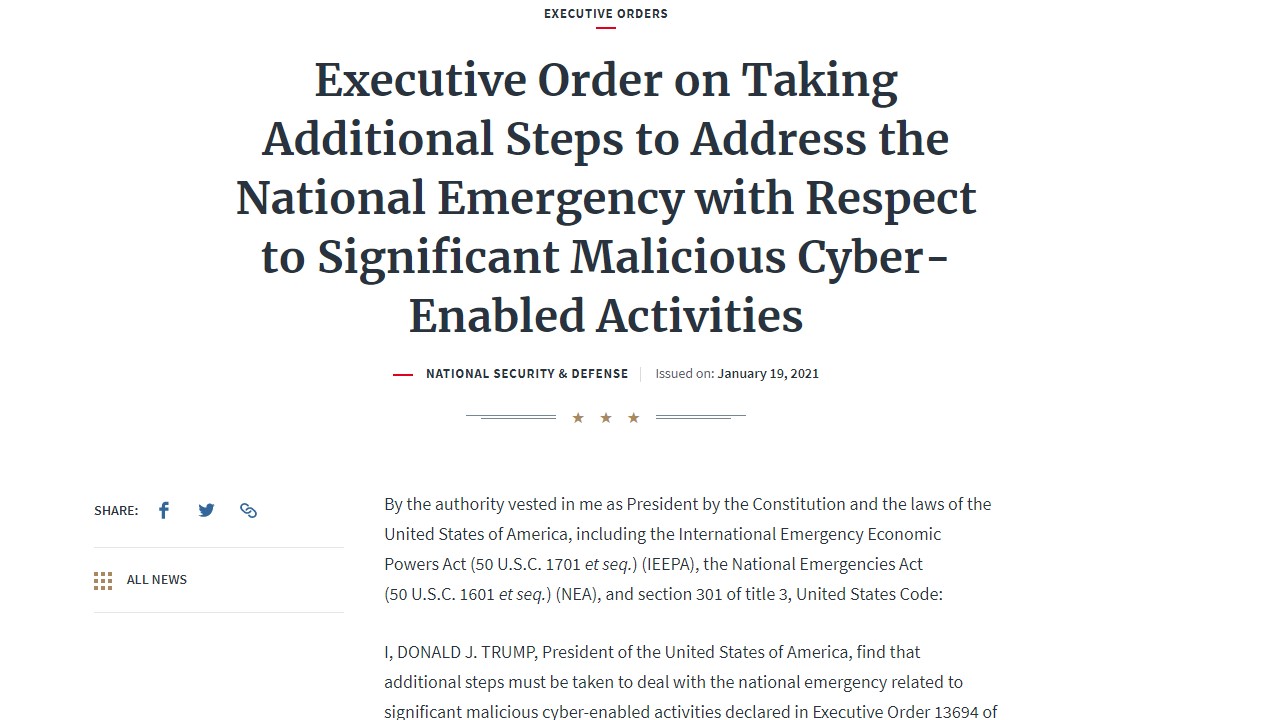 We supposedly have less than 24 hours left of President Trump’s presidency, and he issues an executive order on Cybersecurity!

I, DONALD J. TRUMP, President of the United States of America, find that additional steps must be taken to deal with the national emergency related to significant malicious cyber-enabled activities declared in Executive Order 13694 of April 1, 2015 (Blocking the Property of Certain Persons Engaging in Significant Malicious Cyber-Enabled Activities), as amended, to address the use of United States Infrastructure as a Service (IaaS) products by foreign malicious cyber actors.

He also issued a letter to Congress under the same premise as well.

Who else thinks there is something ‘interesting’ going on?