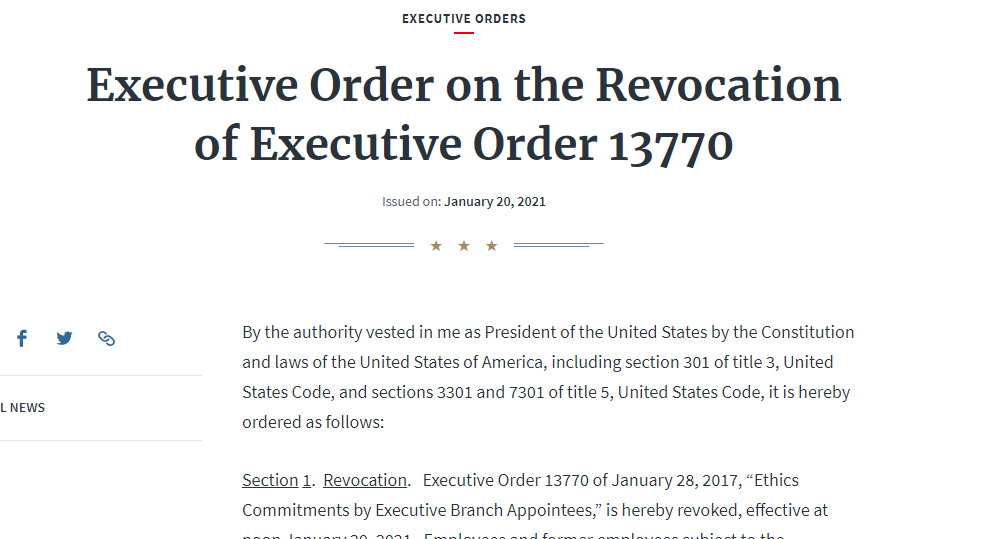 In his final act, President Trump revokes his own Executive Order which barred members of the executive branch from becoming a lobbyist for five years from leaving office.

Executive Order 13770, entitled “Ethics Commitments by Executive Branch Appointees,” was an executive order issued by US President Donald Trump on January 28, 2017, that directs executive branch employees on a ban from becoming a lobbyist for five years. The order, which reflected an increasingly standard practice of issuing such ethics rules by executive order early in a new administration. borrowed language from similar orders issued by past administrations.

So apparently we will see Donald Trump or members of his administration work as lobbyists in the near future.