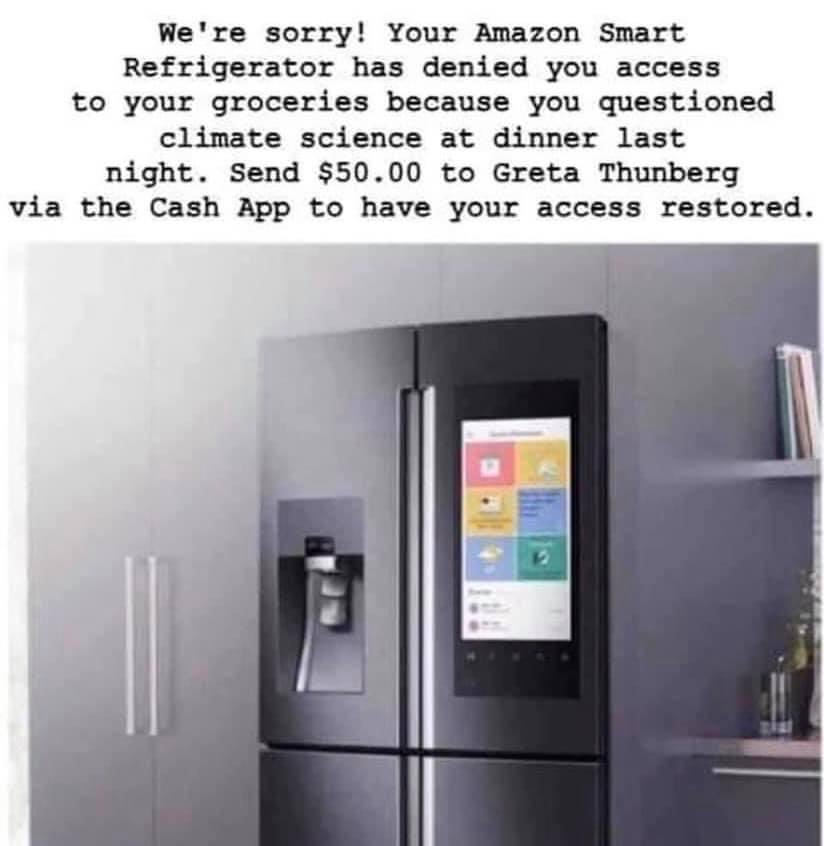 When I created Worthy Ministries, it was to be a beacon of light to the lost and equipping the saints in these last days! As many of you know, the truth is under assault by the left and their allies in big tech! For example, since the election, my FB editor page has lost nearly 50 percent of its page views — though the ministry web site traffic is up over 15% since October. The irony is that I’m updating my Facebook page more often than I ever have! Go figure! 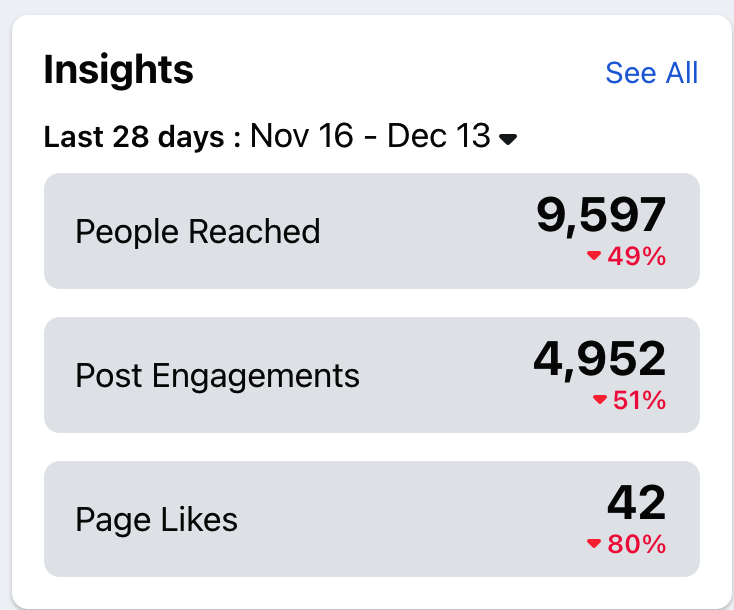 Meanwhile, Facebook sent a threat to de-platform us for an article concerning al-Qaeda. 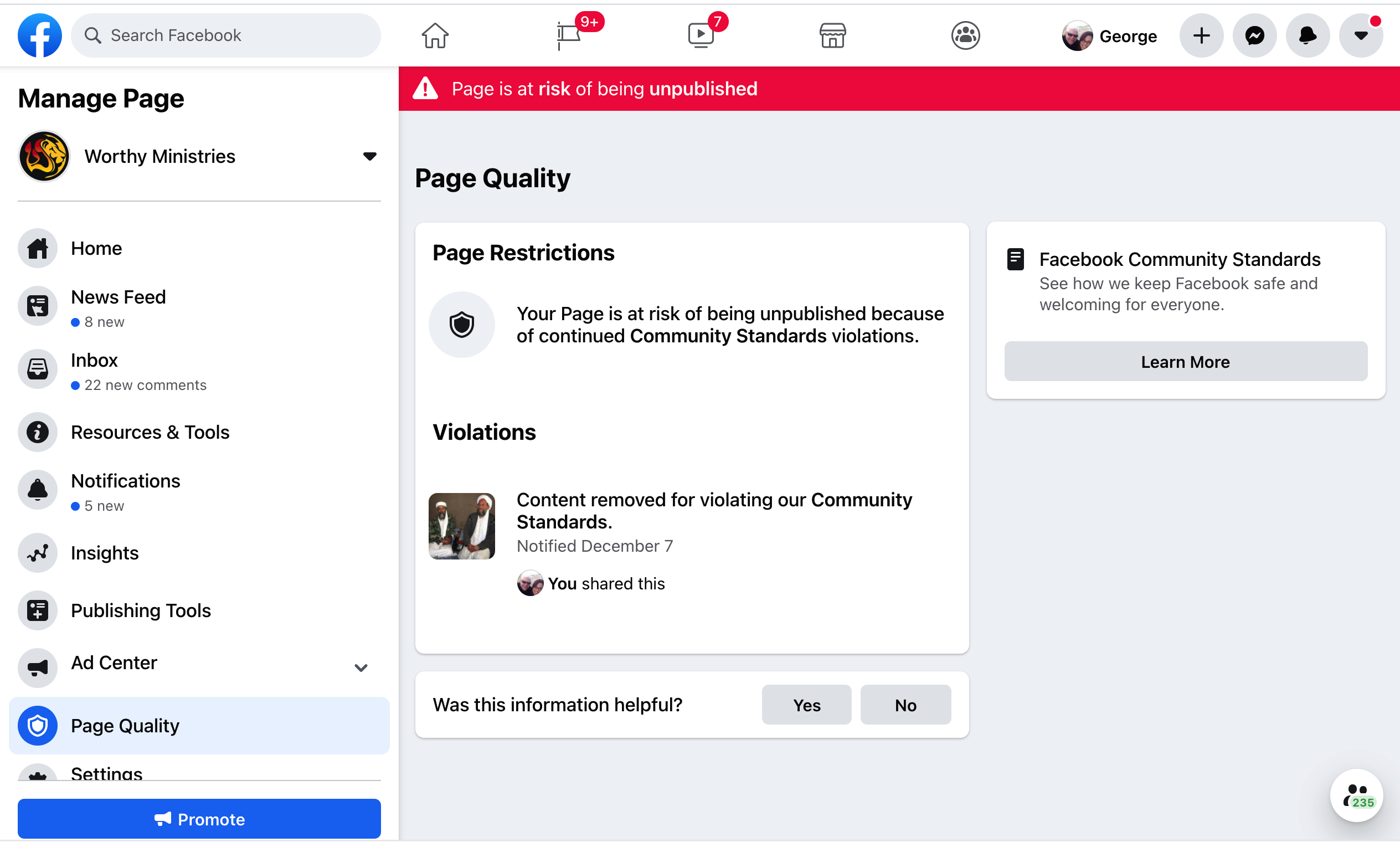 Every so often, I’ll check our statistics to see how we are doing … and our TRAFFIC is UP! Despite big tech! Now Google has placed the “Breitbart” algorithm to Worthy News! We generally rank in the TOP 10 when searching for ‘Christian News.’ Suddenly, we are in the 90s for ‘Christian News.’

Would you go out of your way to share our content? We are producing more content in-house than ever because, quite frankly, it’s harder and harder to link to articles. We live by the 9th commandment, ‘thou shalt not bear false witness!’

If you haven’t signed up — sign up for our Worthy Briefs!

Most of the time, if there is an issue with email delivery, it happens to be that our emails end up in the spam folder due to big tech censoring! By whitelisting our email address — worthybrief [ @ ] worthynetwork.com this should ensure that you continue to receive our Worthy Briefs!

We can’t trust that YouTube will allow us to share our informational videos. So we have launched a new site, Worthy.TV in preparation for the fact that we eventually will be de-platformed by Big Tech!

Are you preparing for the ‘cancel culture’ coming?  It’s times like this when darkness surrounds us, that I’m reminded of what the Prophet Isaiah said, “For behold, darkness shall cover the earth, and thick darkness the peoples; but the LORD will arise upon you, and his glory will be seen upon you.”

The Lord is raising up a standard in us … be a LIGHT in the midst of such darkness!

Are you ready for your world to be turned upside down and inside out? If the measures called for by the “Secular Democrats of America” are implemented by the Biden-Harris administration, then we will witness the cancel culture mentality against Christians that will take place in ways we’ve not begun to imagine!

We posted a story about this on Worthy News.

Read the Secular Democrats of America Blueprint It’s only 28 pages, but certainly worthy of a read! Share this with your friends!

Some of the highlights within the document.

Some interesting quotes from the 28-page document.

Page 2
We urge you not to underestimate the institutional strength of what we refer to (interchangeably) in this document as the “Christian nationalist movement” or the “religious right.” This movement is extraordinarily well-funded and well-organized, and the manifestation of its extreme and sectarian agenda is on constant display under the TrumpPence administration. Its political ideology is anti-democratic and anti-scientific. It provides constant cover for white supremacy. And it advances a reactionary economic policy, tax policy, and dominionist view of the environment that undermines our capacity and will to address the climate crisis. Its agenda rests on a pinched interpretation of biblical principles preached by Christian nationalist leadership and thought leaders. With their political agenda sanctioned by a higher power, their base of support is disciplined, motivated, and deeply committed to a vision that does not align with our basic constitutional values and democratic principles.

We ask that you counter this movement’s narrative by actively working to dismantle its grip on our government and counter its inaccurate and revisionist messaging around our nation’s founding.

Page 14
The rise of white Christian nationalism is a national security threat. We recommend you: encourage the Department of Homeland Security and Department of Justice to dedicate resources to deradicalization programs aimed at hate groups, including, but not limited to, white nationalists; increase monitoring of such groups, including the online environment, and take action to address increased hate crimes toward minority faith communities; and shift rhetoric to label violent white nationalist extremists as terrorists.

Page 3
Policy decisions that should be guided by science and evidence—on matters ranging from climate change to comprehensive sex education to federal funding for stem cell research— have been skewed or blocked entirely by powerful religious interest groups and further undermined at every turn by the Trump administration.

Page 8
Donald Trump has empowered the religious right in ways no other administration has before, making significant advances in enacting their Christian nationalist agenda. The following recommendations serve not just as a guide to reversing these policies, but to proactively implement policies that restore secularism to federal governance and disentangle entrenched religious interests from federal policy.

Page 13
Suggest the Attorney General confer with the Department Office of Legal Counsel to issue a memorandum regarding enforcement of the Establishment Clause in public schools, including students’ protection from school-sponsored proselytizing and teaching accurate, evidence-based, secular curriculum rather than creationism in the schools.

Page 15
Disentangle the conflation of faith and patriotism. In public statements, avoid phrases like “God and country” and any implication that service members as a whole are guided by faith, as approximately 30 percent are not affiliated with religion. When administration officials, including the President and Vice President, discuss their faith publicly, we encourage them to do so in a pluralistic way that does not inadvertently denigrate the patriotism of nontheists.

Page 17
The current motto, “In God We Trust,” is a relic of McCarthyism and the anti-atheist hysteria of the 1950s, and it has been invoked by Christian nationalists to reinforce their historically revisionist narrative of our nation’s founding. They characterize the United States’ founding as a “Christian nation” based in biblical principles, rather than as a secularist nation based in revolutionary democratic ideas. The original motto, which we hope to see restored by Congress, is inclusive of all faiths and none, while “In God We Trust” excludes nontheists and polytheists.

We urge you to avoid invoking the phrase “Judeo-Christian values,” as it has been weaponized by the religious right to advance an agenda that has the veneer of inclusivity but actually undermines religious freedom and tolerance and does not represent tens of millions of Americans implicitly excluded from its formulation.

Read the end of the document of all the Executive Orders they want to rescind.