Skip to content
“…This would be a government, a world government where you don’t get to vote on anybody. This is everybody’s worse nightmare,” stated Senator Rand Paul.

Klaus Schwab, Executive Chairman of the World Economic Forum, thanks China for its leadership in creating the opportunity to establish a “global reset” which he said the world so desperately needs.

Former prime minister of New Zealand Helen Clark says “People are over COVID… we are in danger of losing this moment for transformative change”.
The CEO of Nokia, Pekka Lundmark: “I would say that by then [2030], definitely, the smartphone as we know it today will [no longer] be the most common [type of] interface. Many of these things [smart phone features] will be built directly into our bodies.”
One of the topics that came up at the World Economic Forum was a lack of trust with globalists and their need to bridge this gap. 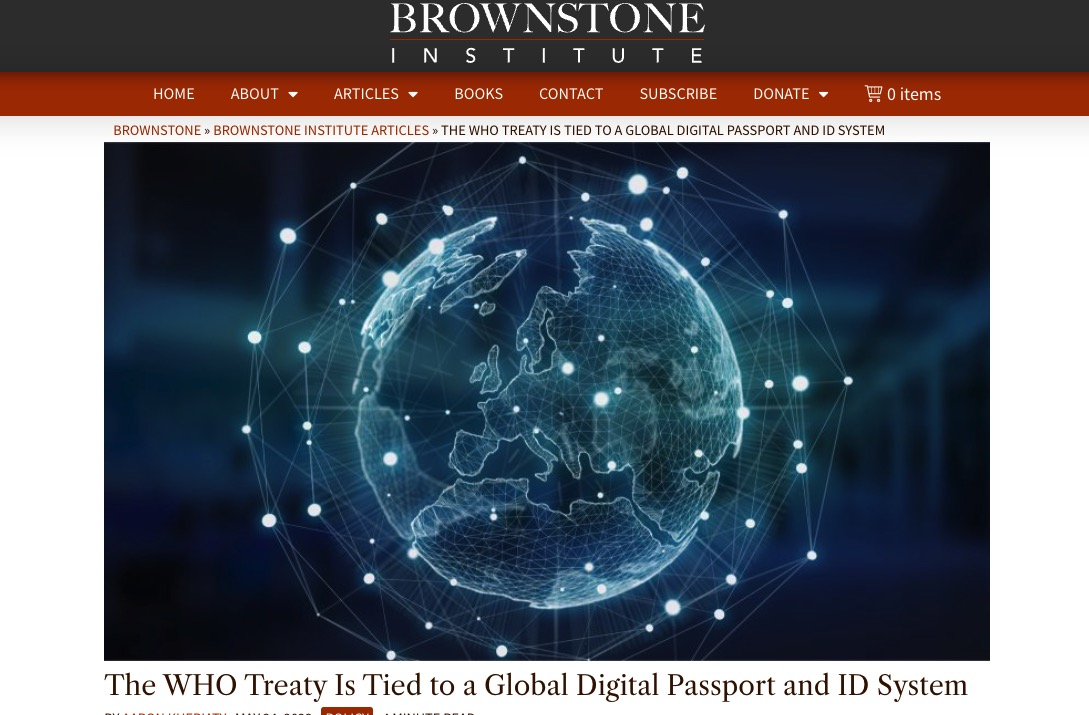 The WHO recently announced plans for an international pandemic treaty tied to a digital passport and digital ID system. Meeting in December 2021 in a special session for only the second time since the WHO’s founding in 1948, the Health Assembly of the WHO adopted a single decision titled, “The World Together.”

The WHO plans to finalize the treaty by 2024. It will aim to shift governing authority now reserved to sovereign states to the WHO during a pandemic by legally binding member states to the WHO’s revised International Health Regulations.

In January of 2022 the United States submitted proposed amendments to the 2005 International Health Regulations, which bind all 194 UN member states, which the WHO director general accepted and forwarded to other member states. In contrast to amendments to our own constitution, these amendments will not require a two-thirds vote of our Senate, but a simple majority of the member states. Source: Brownstone Institute

“Let’s be clear the future is not just happening the future is built by us, a powerful community here in this room. We have the means to impose the state of the world” at the Davos meeting,” said Klaus Schwab when he addressed the World Economic Forum in Davos Switzerland.